Holding the 34th weekly webinar on Quranic Lifestyle in Arabic

The Thirty Fourth session of this webinar, which was held on Monday, February 15, 2021, dedicated its topic to the following subject: 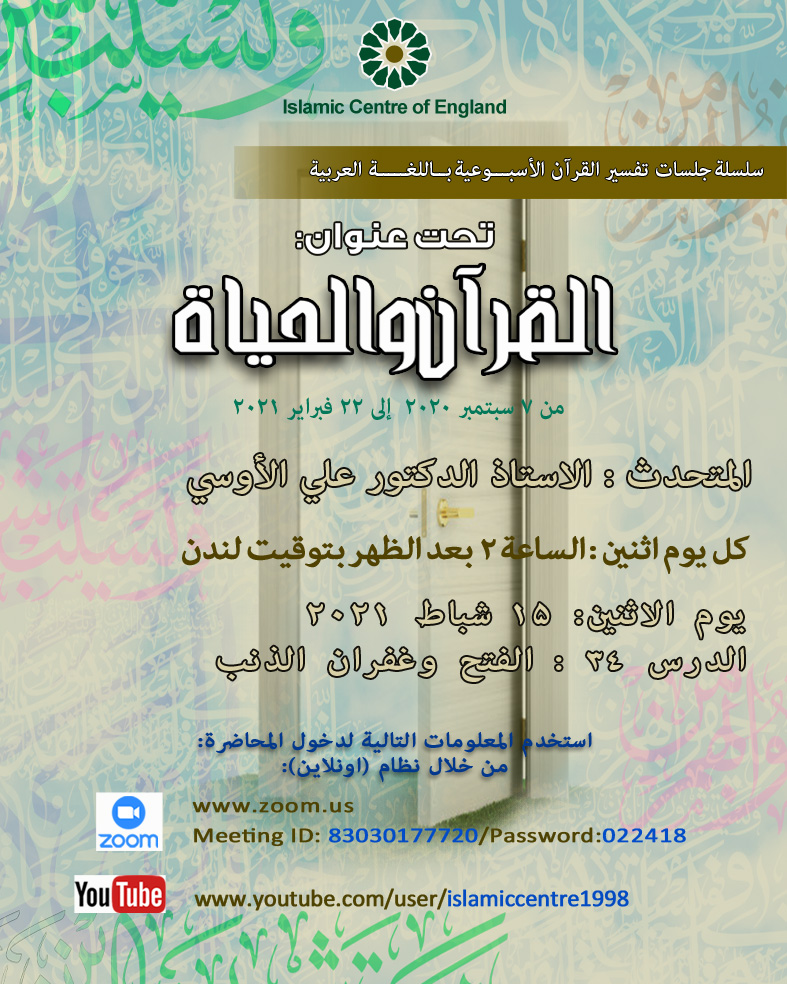