The weekly webinar on Parenting is held live every Saturday normally at 18:00 on virtual networks such as Zoom, YouTube and Facebook. However, this week it was held at 18:30 due to Maghrib prayer.

The Twenty Second session of this webinar, which was held on Saturday, March 13, 2021, at 18:30 after Isha prayer, dedicated its topic to the following subject:

is an Islamic scholar who specialises in Islamic sciences and law, with a keen interest in Islamic and religious history, and the methodology of Tabligh. 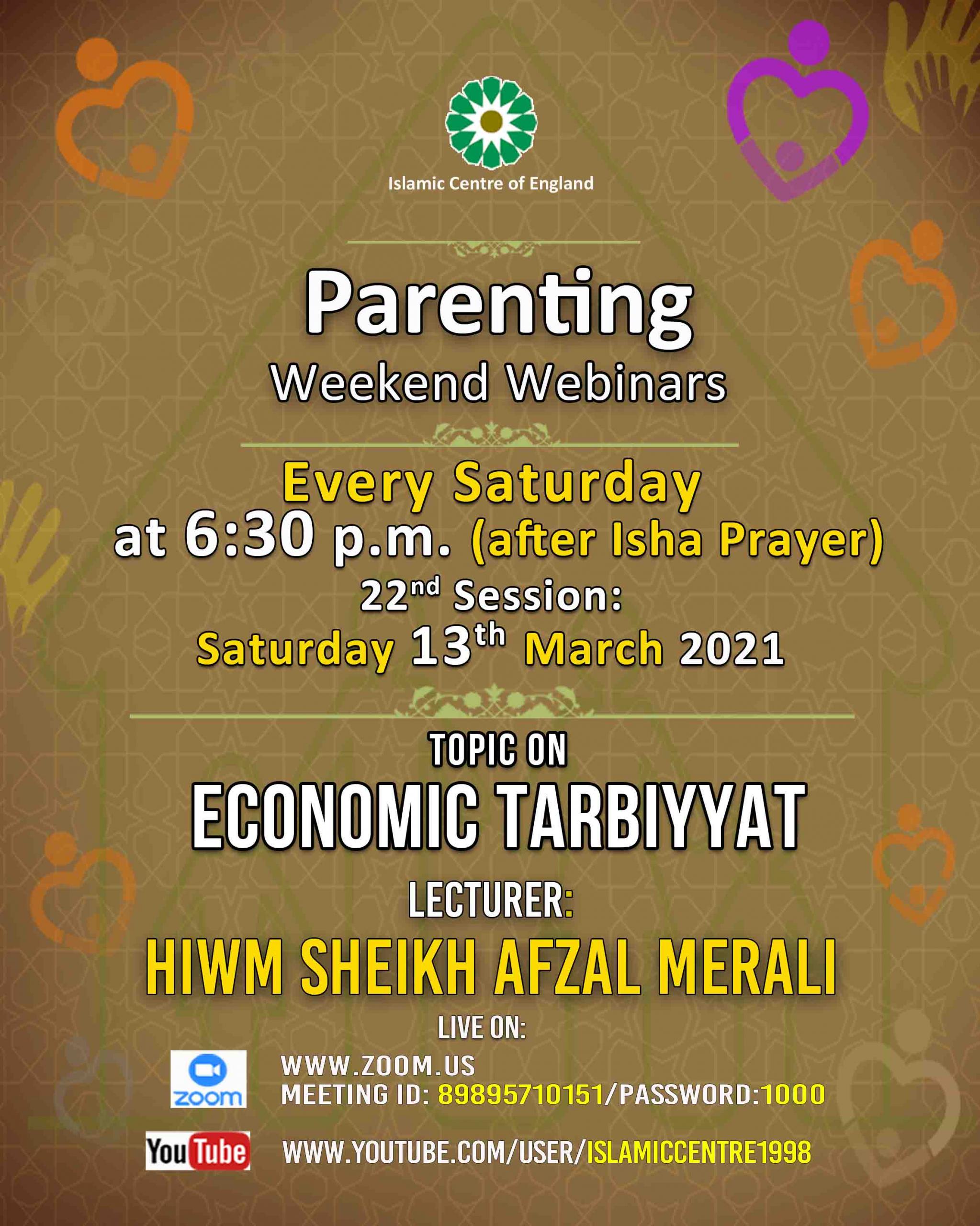