Holding the 26th weekly webinar on Islam and contemporary issue

The weekly webinar on Islam and contemporary issues is held live every Monday at 18:00 on virtual networks such as Zoom, YouTube and Facebook. However, this week it was held at 18:30 due to Maghrib prayer.

The twenty-Sixth session of this webinar, which was held on Monday, March 15, 2021, dedicated its topic to the following subject:

“What is the meaning of life?”

In this meeting, which was addressed by Dr Amina Inloes, he spoke for 40 minutes on the subject of the meeting.

Dr. Amina Inloes has a PhD in Islamic Studies from the University of Exeter, specialising in hadith. She is a popular Islamic lecturer and has lectured in many countries as well as on many Islamic television channels.

She is the author of Women in Shi’ism and she is also a very experienced editor and has edited many scientific journals and books.

At the second part of the meeting in the Q&A section, the meeting’s moderator, HIWM Seyed Amin Shamaei, ask the questions raised by the participants in the meeting and the speaker answered them. 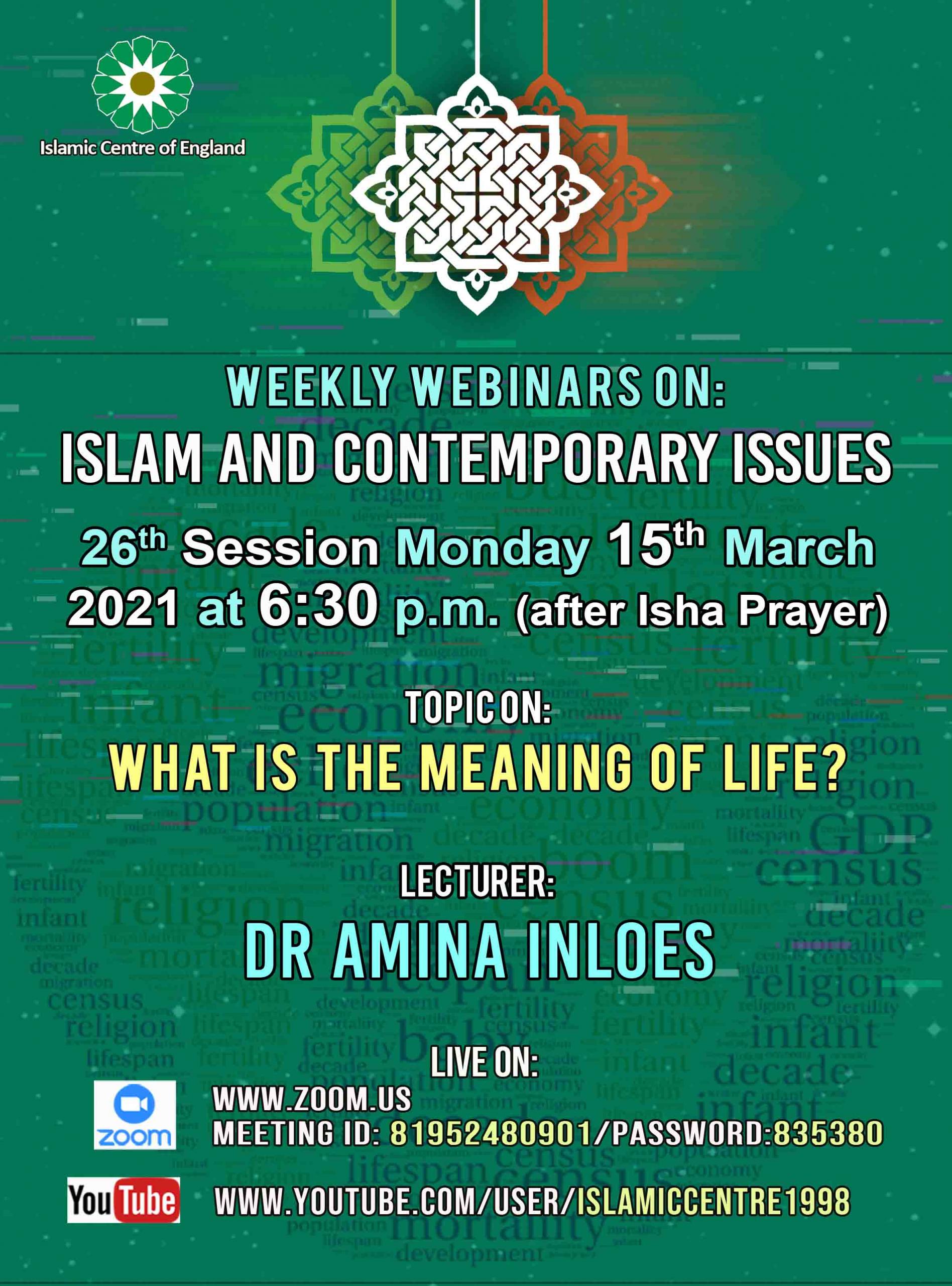