2nd session of new series of weekly webinar on Parenting

The weekly webinar on Parenting is held live every Saturday normally at 18:00 on virtual networks such as Zoom, YouTube and Facebook. However, this week it was held at 17:30 due to Maghrib prayer.

The second session of new series of this webinar, which was held on Saturday, March 27, 2021, at 17:30, dedicated its topic to the following subject: 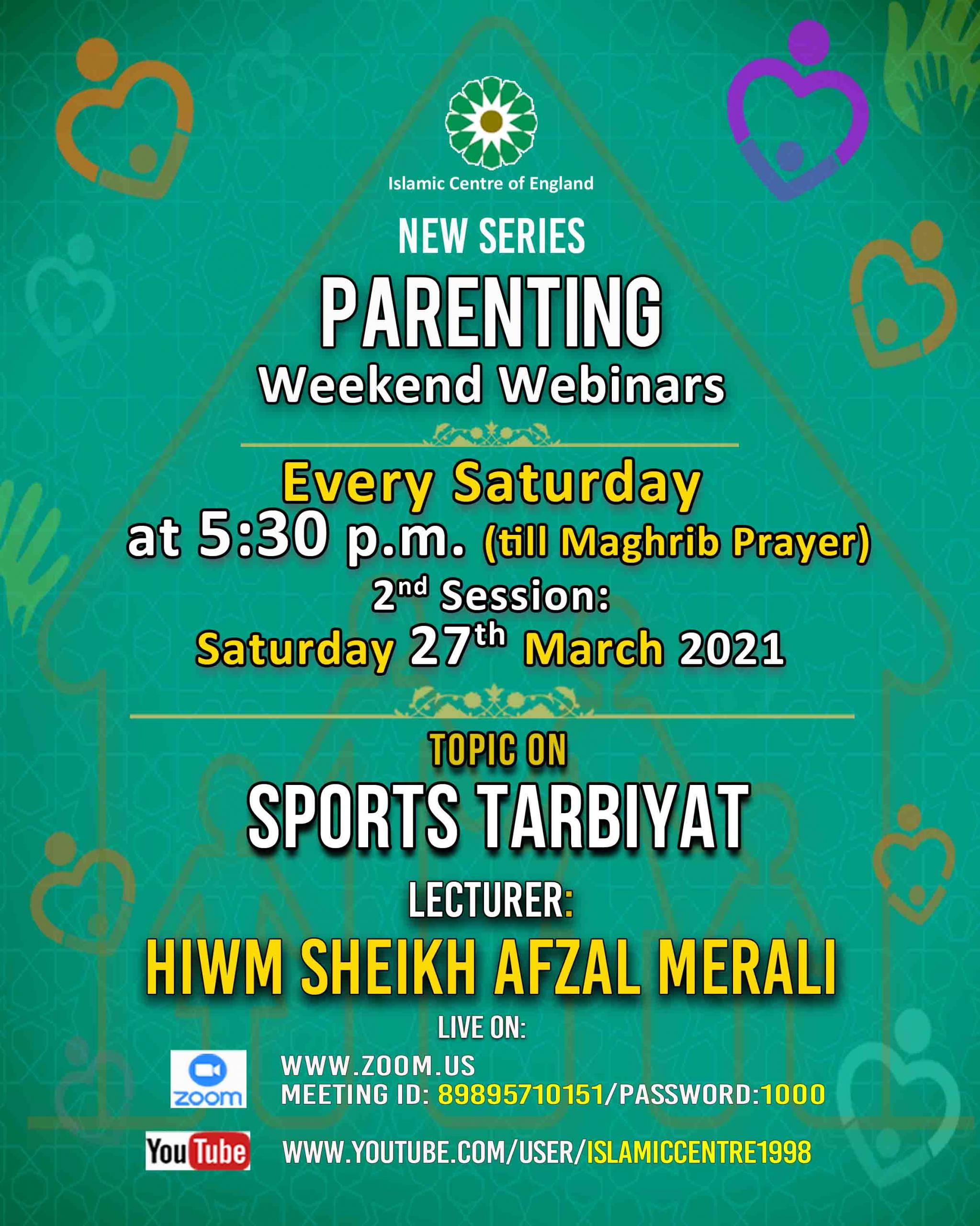