New series of the weekly webinar on Quranic Lifestyle is held live every Thursday at 18:00 on virtual networks such as Zoom, YouTube and Facebook. However, this week it was held at 17:30 due to Maghrib prayer.

The second session of this webinar, which was held on Thursday, March 25, 2021, has dedicated its topic to the following subject:

In this meeting, which was addressed by HIWM Syed Mohamed Al-Musawi, he delivered his speech for approximately 40 minutes on the subject of the meeting.

HIWM Syed Mohamed Al-Musawi is founder and the Imam and Director of the World Ahlul-Bayt(as) Islamic League (WABIL).

He is one of the religious scholars who has a long history of cultural activities and religious propagations in England and other countries. 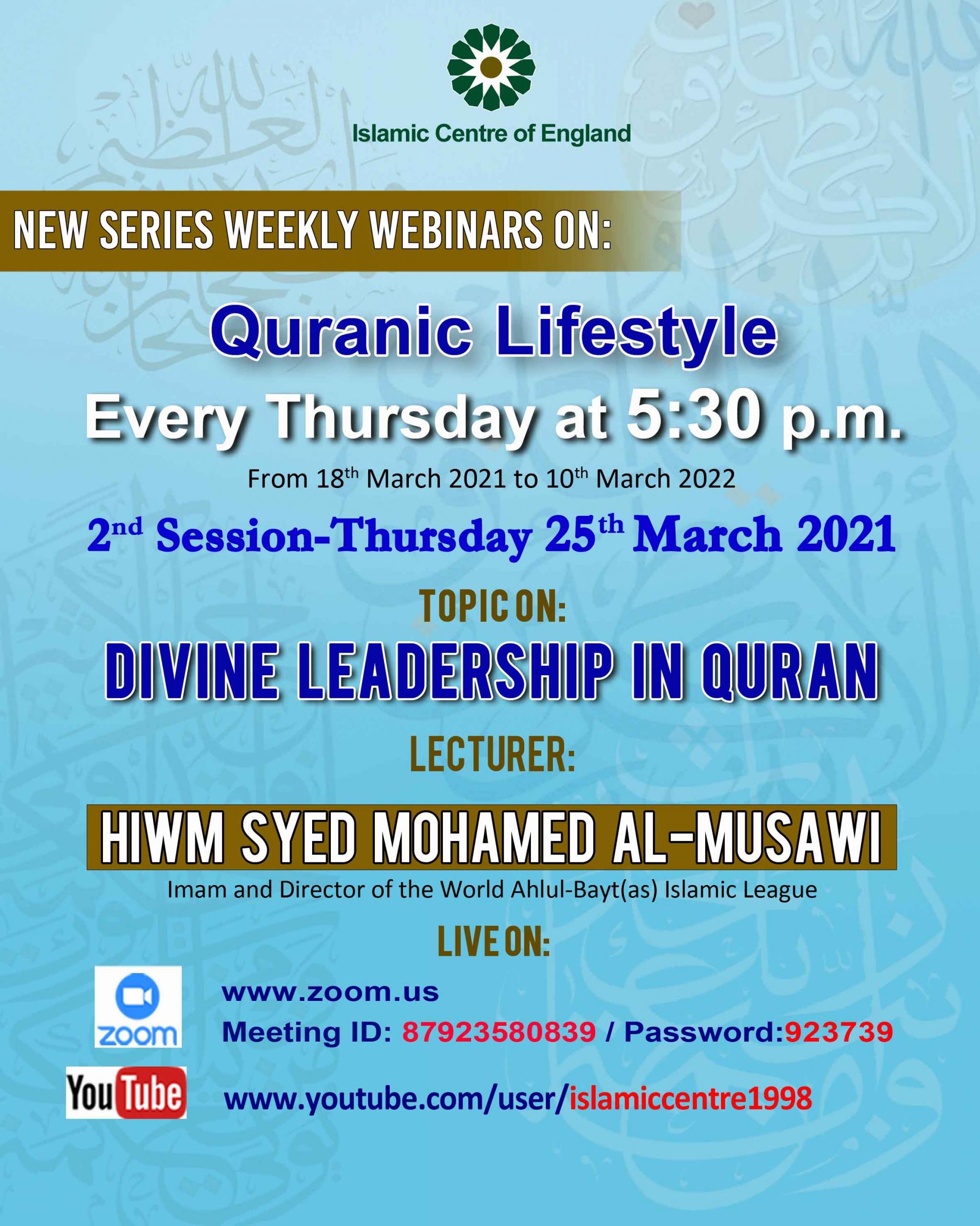