The Fourth session of new series of this webinar, which was held on Saturday, April 10th , 2021, at 6 p.m., dedicated its topic to the following subject:

“Cultivating an Islamic Identity inside the home”

In this meeting, which was addressed by HIWM Syed Asad Jafri, he spoke for 45 minutes on the subject of the meeting.

HIWM Syed Asad Jafri was born and raised in Toronto, Canada.  After completing his bachelors in the IT field, he pursued his hawza studies in Qum in 2004 earning a second bachelor’s degree in the field of Quranic Sciences.  He is currently pursuing his Master’s degree in Islamic Theology from the Islamic College in London.  He resides in Toronto where he serves the greater Islamic community. 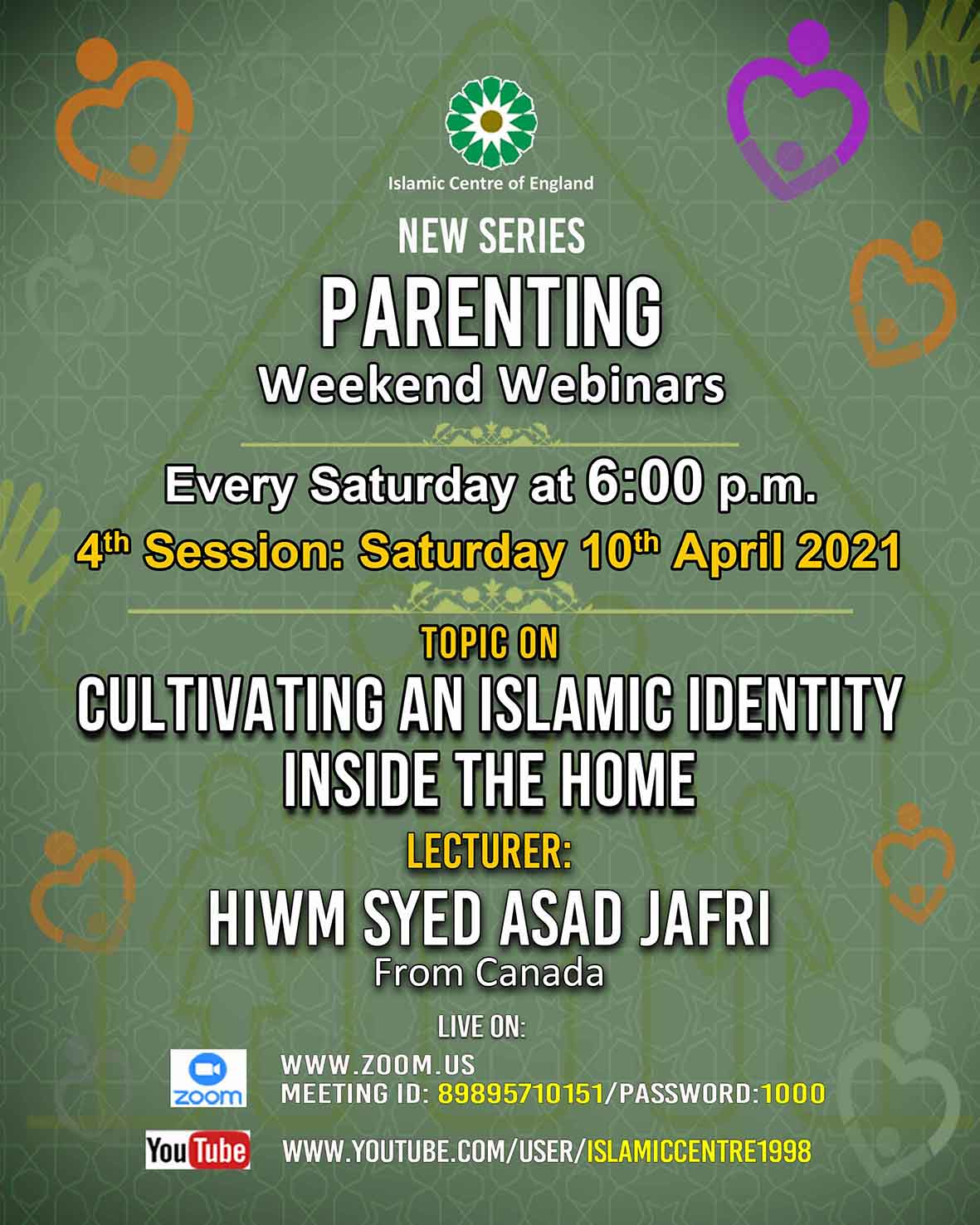