The new series of weekly webinar on Islam and contemporary issues is held live every Monday at 6 p.m. on virtual networks such as Zoom, YouTube and Facebook.

The 4th session of this webinar, which was held on Monday, April 12th, 2021, dedicated its topic to the following subject:

“Life skills and family maintenance during and after Covid”

In this meeting, which was addressed by HIWM Syed Ali Raza Rizvi, he spoke for 35 minutes on the subject of the meeting.

HIWM Syed Ali Raza Rizvi was born in Lahore, Pakistan, but his whole family moved to Birmingham, UK where he was raised. After completing his primary and secondary education, he started earlier religious studies in Birmingham. For higher religious studies he went to Qom, Iran. He studied several years in Qom Seminary and graduated in 1998.

He has written and translated several books. Some of them are:

Kitab al-Tawhid by Shaykh Saduq (the Book of Divine Unity)

At the second part of the meeting in the Q&A section, the meeting’s moderator, Ms Somayeh Razavi ask the questions raised by the participants in the meeting and the speaker answered them. 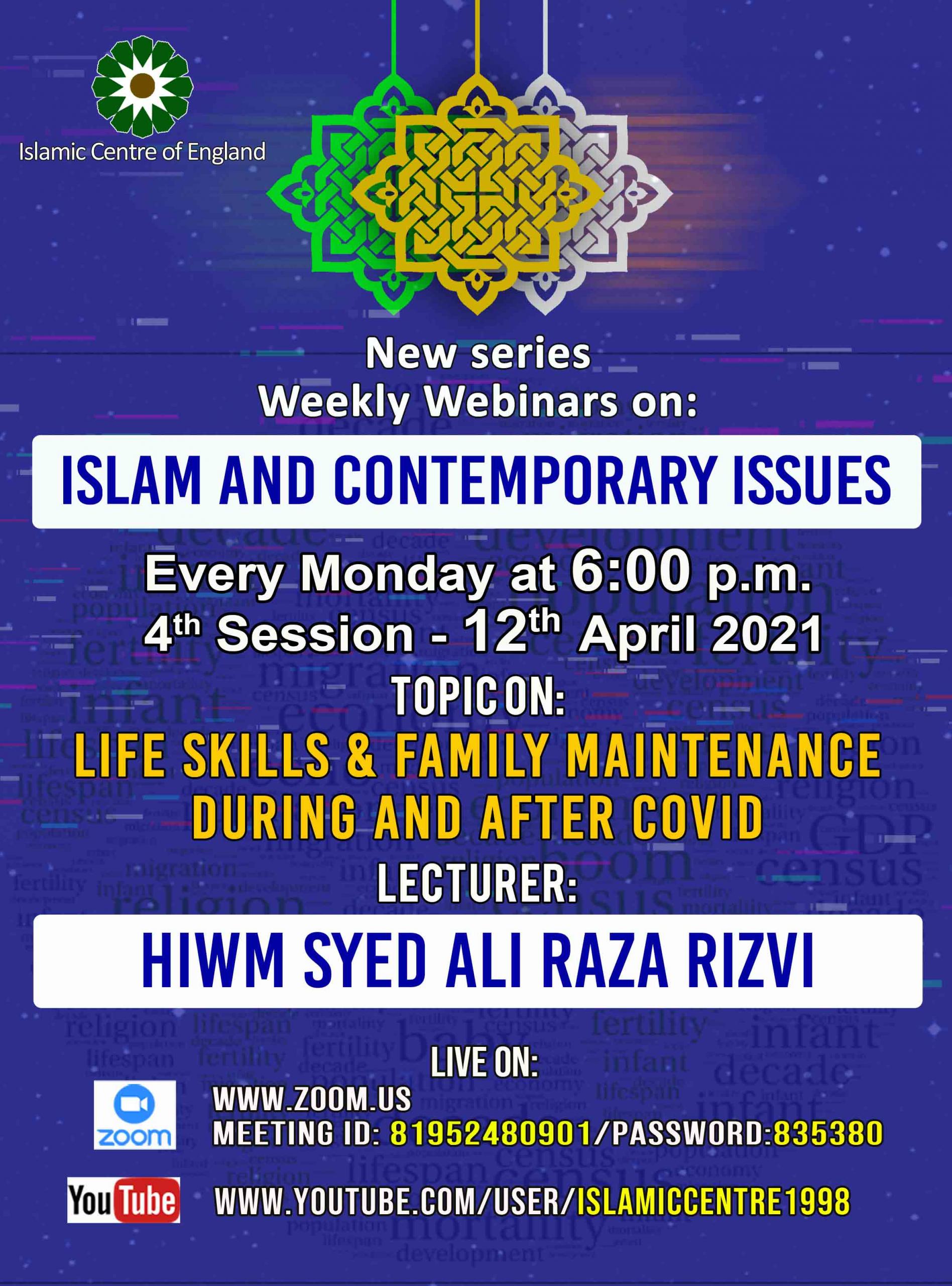