The eleventh session of this webinar, which was held on Thursday, July 01st, 2021, has dedicated its topic to the following subject:

In this meeting, which was addressed by HIWM Syed Abbas Abedi, he delivered his speech for approximately 30 minutes on the subject of the meeting.

He has also a lot of experience in Ilm ul Kalam, Tafseer ul Quran, Fiqh, History of Islam and political analyses and nearly 30 years of experience in Tabligh and Tadrees in Islamic propagation, teaching and preaching.

He moved to UK (Edinburgh, Scotland) in 2001, and established an Islamic Centre called “Jafaria Community Centre- Edinburgh” with the help of Local community.

He moved to London in 2004 to work as an in charge person for Urdu Programs at the Islamic Centre 0f England, upon the order of Ayatullah Araki the first director of ICEL.

In 2005 he established a Madrasah in Birmingham for youngsters and Youth called “Vali Asr Madrasah” at the same time started working as Resident Alim at Ali Mosque, Wolverhampton, for providing all religious and social services to the community of Wolverhampton.

In 2008 he founded the first Shia TV channel called “Hidayat TV” and he was the first chairman director of it. He conducted and provided the various programs such as recorded and live stream at the Shia TV station for 10 years.

He was invited again by the trustees of Ali Mosque- Wolverhampton to work as the Imam e Jumuah and Jamaat for at least one year and he provided the services for them.

Currently he is working at the Islamic Centre of England in charge of deputy director of the Cultural and Propagation.

At the second part of the meeting in the Q&A section, the meeting’s moderator, Mr Ali Akbar Azaam, asked the questions raised by the participants in the meeting and the speaker answered them. 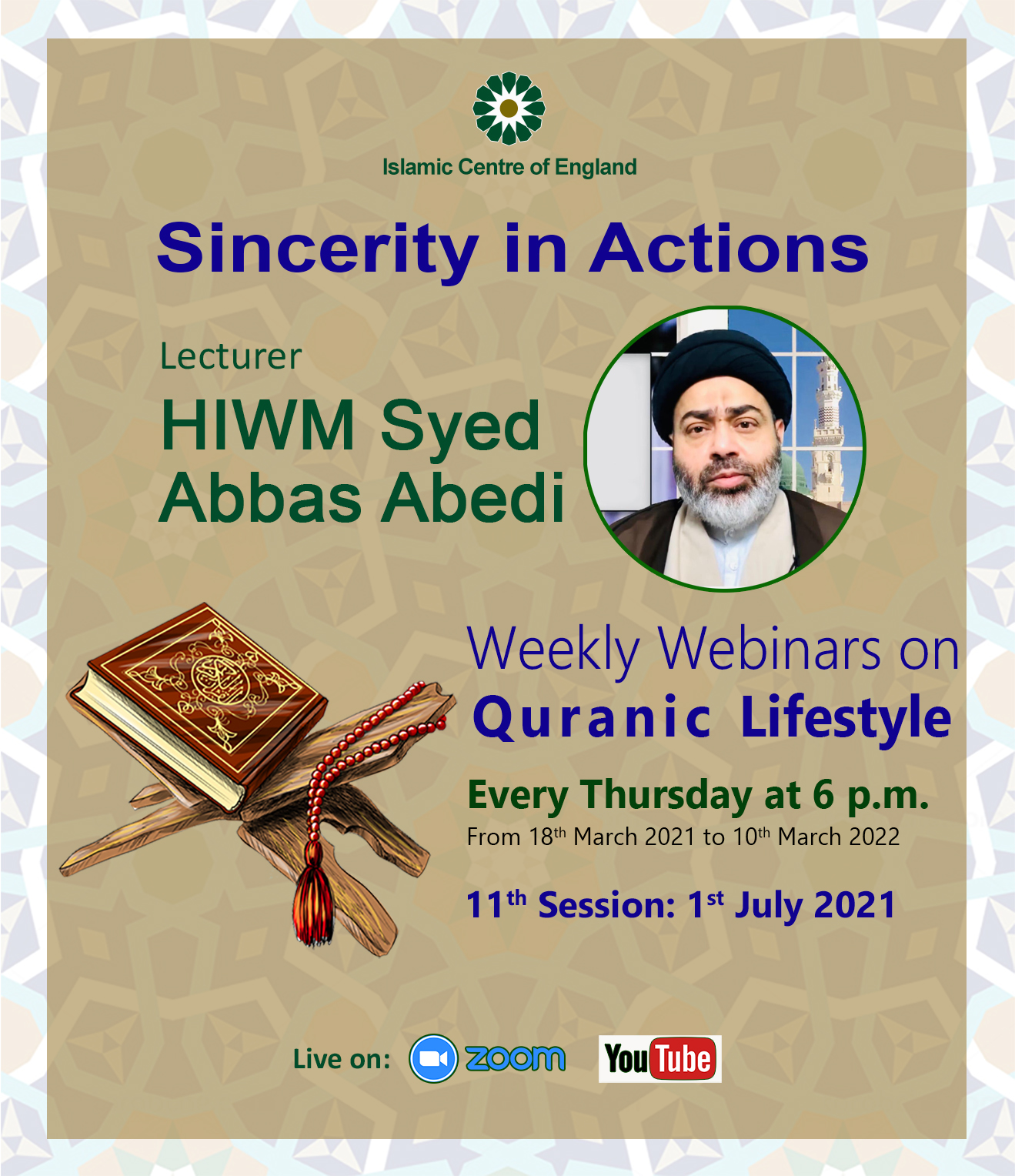