The 16th session of this webinar, which was held on Monday, August 2nd, 2021, dedicated its topic to the following subject:

“Scientism and it’s Role in the Contemporary Identity Crisis”

In this meeting, which was addressed by HIWM Shaikh Ahmed, he spoke for 35 minutes on the subject of the meeting.

HIWM Shaikh Ahmed Haneef is a Canadian Shia scholar who studied both in the classical university system in Canada and in the traditional hawzah system in Qom, Iran. 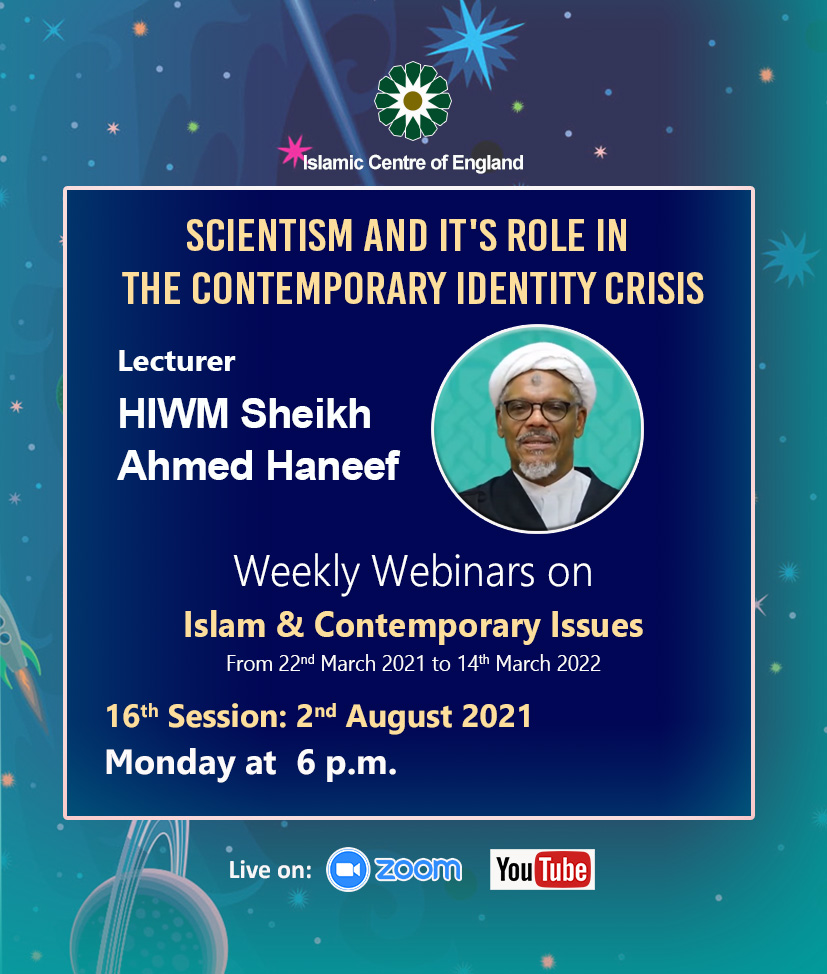 📌 Topic: “Scientism and it’s Role in the Contemporary Identity Crisis “