The 58th session of this webinar, which was held on Monday, August 30th 2021, dedicated its topic to the following subject:

“Interpretation of Surah Al-‘Anbiyā’ “- Verses 30– 33: “Nature is aware of the effects of the Creator in the Holy Qur’an”. 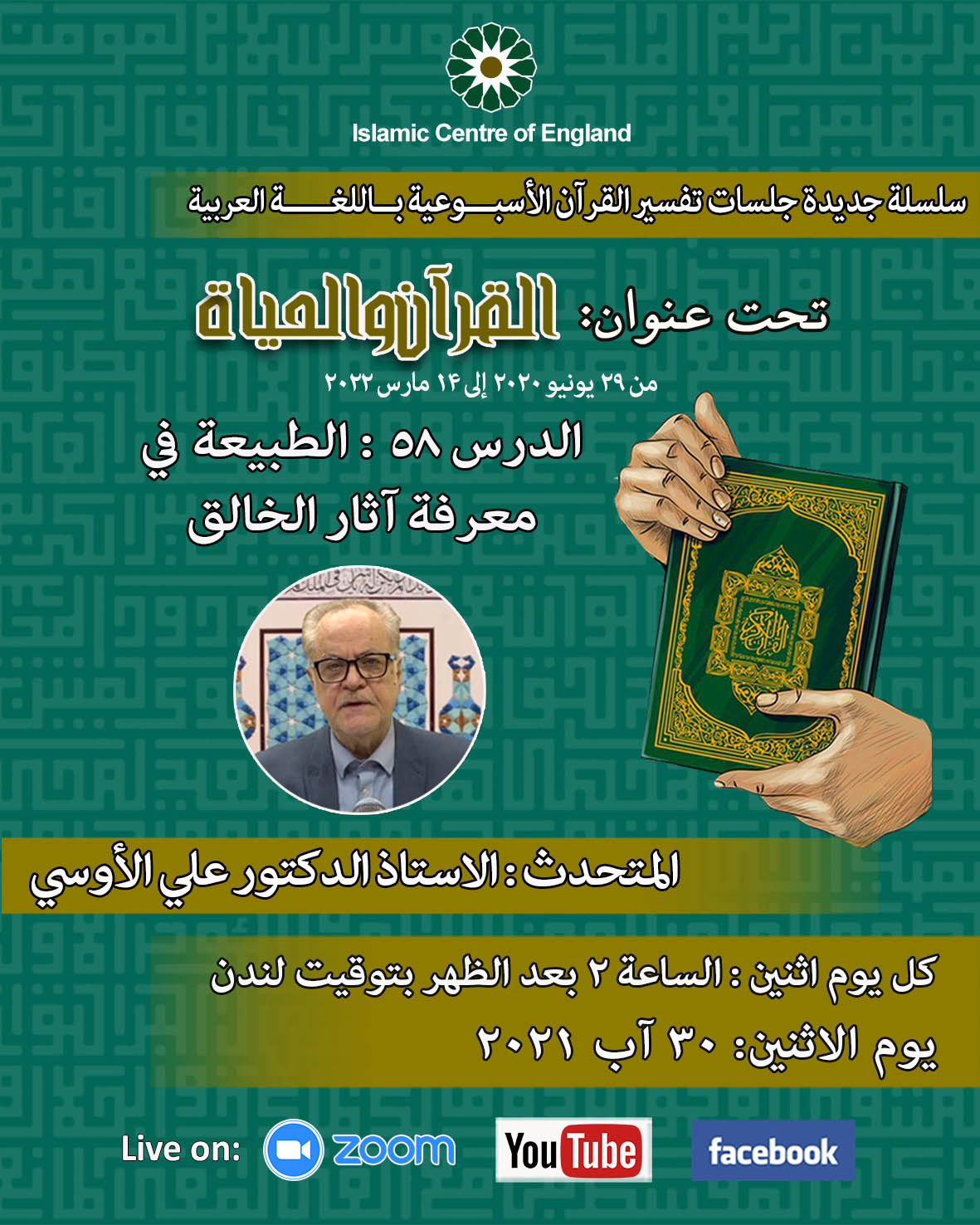