Holding the 76th week of weekly webinar on Quranic Lifestyle

The 76th session of this webinar, which was held on Thursday, September 23rd , 2021, has dedicated its topic to the following subject: 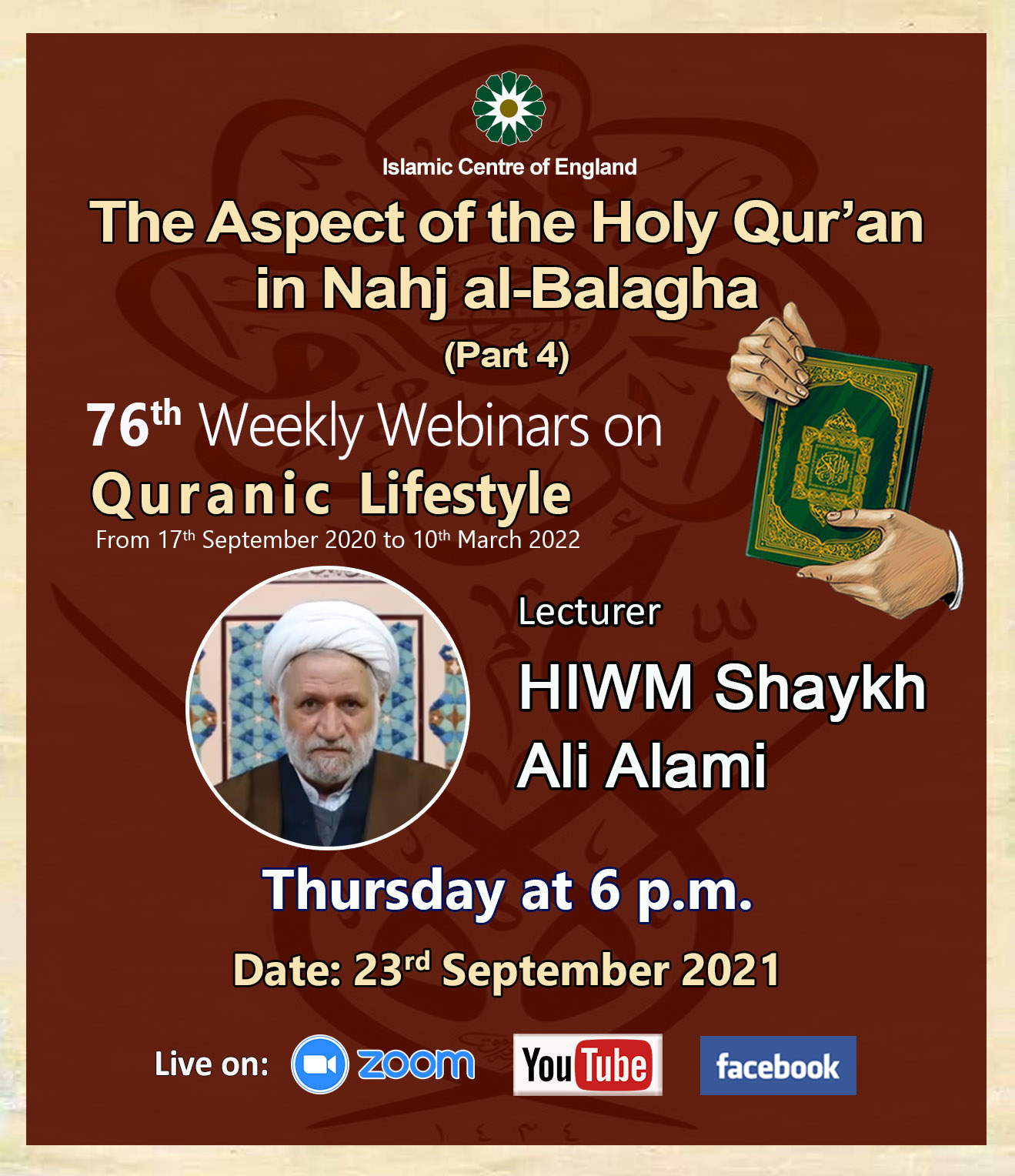 📌 Topic: “The Aspect of the Holy Qur’an in Nahj al-Balagha-Part 4 “