Holding the 49th session of weekly webinar on Parenting

The 49th session of this webinar, which was held on Saturday, November 20th, 2021, at 18:00, dedicated its topic to the following subject:

He is a teacher at the Hawza Ilmiyya of England. 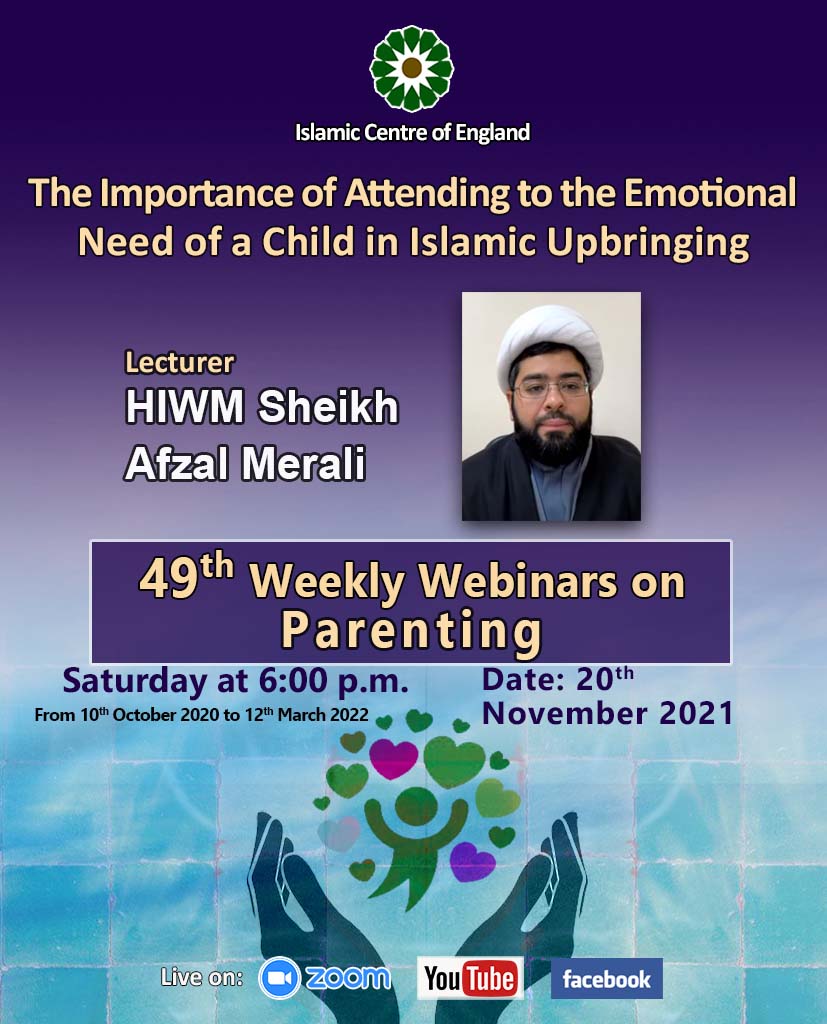 📌 Topic On: “The Importance of Attending to the Emotional Need of a Child in Islamic Upbringing “