Holding the 50th session of weekly webinar on Parenting

The 50th session of this webinar, which was held on Saturday, November 27th, 2021, at 18:00, dedicated its topic to the following subject:

In this meeting, which was addressed by HIWM Sheikh Agha Mehdi Ali, he spoke for 30 minutes on the subject of the meeting. 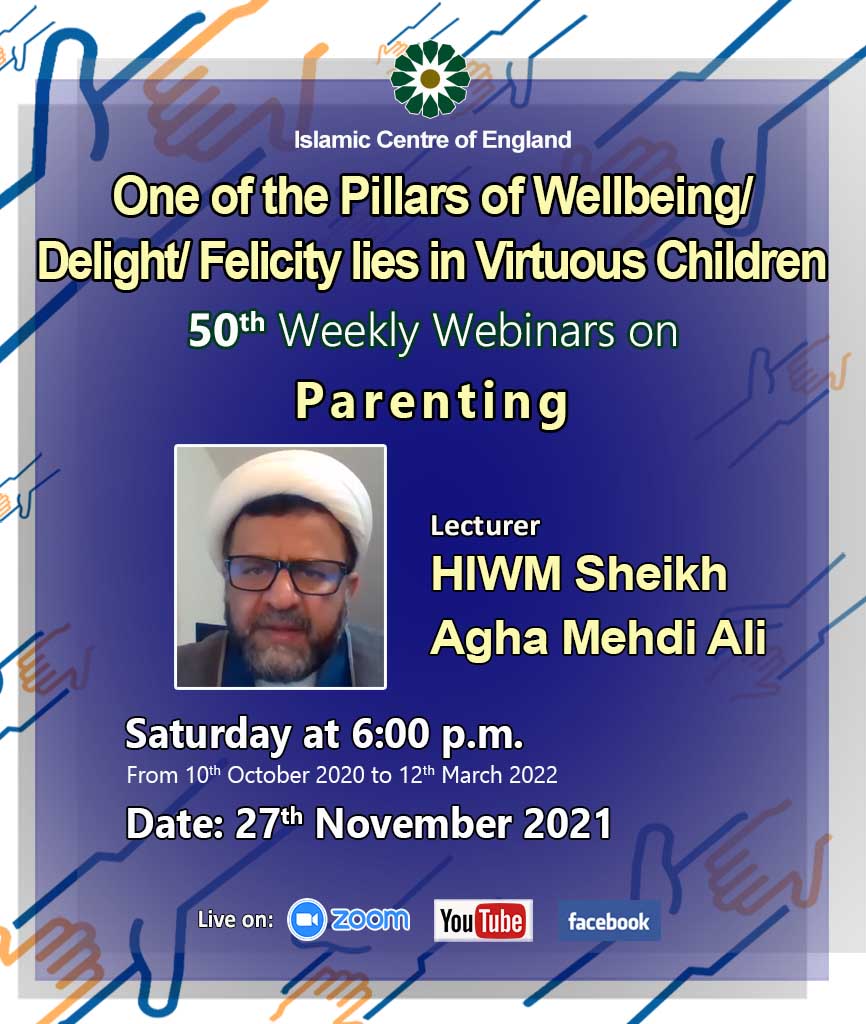 📌 Topic On: “One of the Pillars of Wellbeing/Delight/Felicity lies in Virtuous Children “