Holding the 88th week of weekly webinar on Quranic Lifestyle

The 88th session of this webinar, which was held on Thursday, December 16th 2021, has dedicated its topic to the following subject: 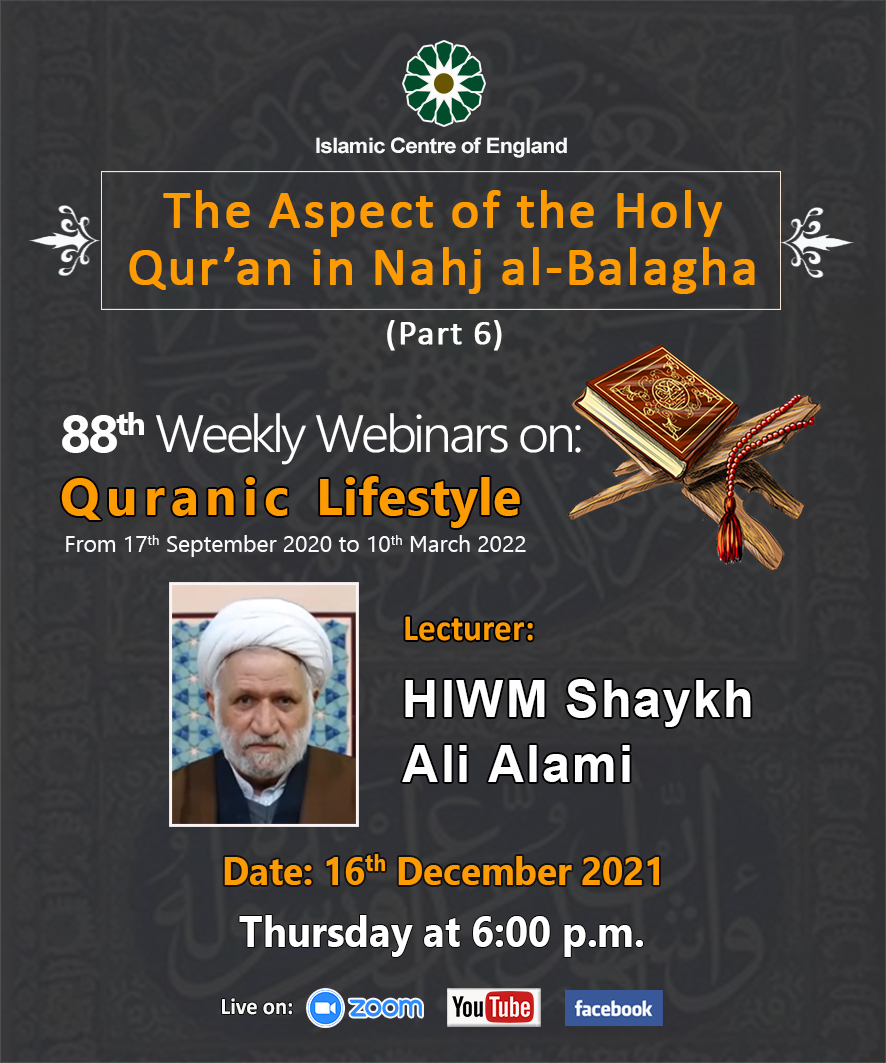 📌 Topic: “The Aspect of the Holy Qur’an in Nahj al-Balagha-Part 6 “