Holding the 89th week of weekly webinar on Quranic Lifestyle

The 89th session of this webinar, which was held on Thursday, December 23rd 2021, has dedicated its topic to the following subject:

At the second part of the meeting in the Q&A section, the meeting’s moderator, Mr Seyed Ali Akbar Azaam Abedi asked the questions raised by the participants in the meeting and the speaker answered them. 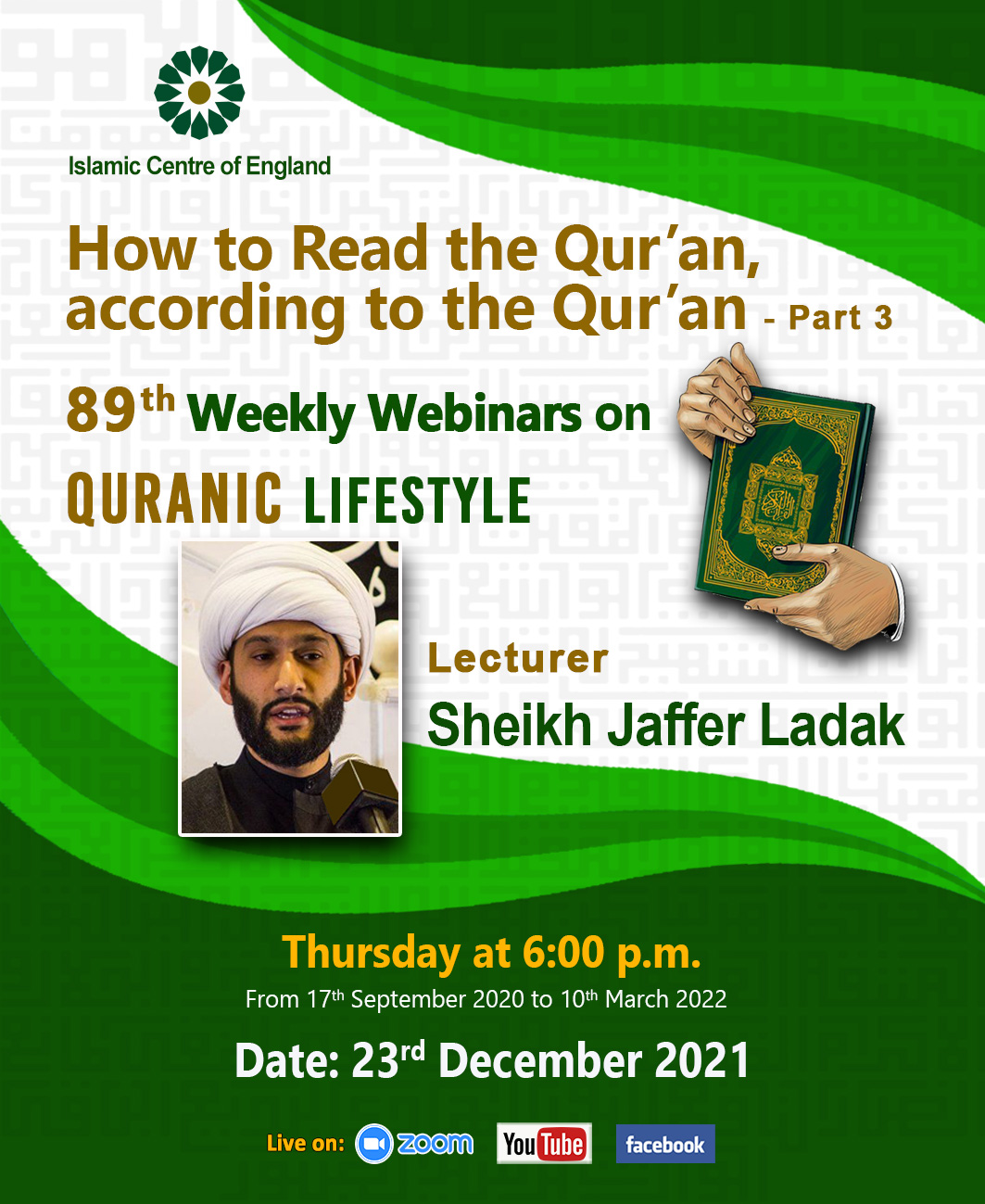