Holding the 95th week of weekly webinar on Quranic Lifestyle

The 95th session of this webinar, which was held on Thursday, 03rd February 2022, has dedicated its topic to the following subject:

“How to Read the Qur’an, according to the Qur’an – Part 4”: Putting yourself into the position of the person into the verse & reflecting on historical meanings for contemporary times. 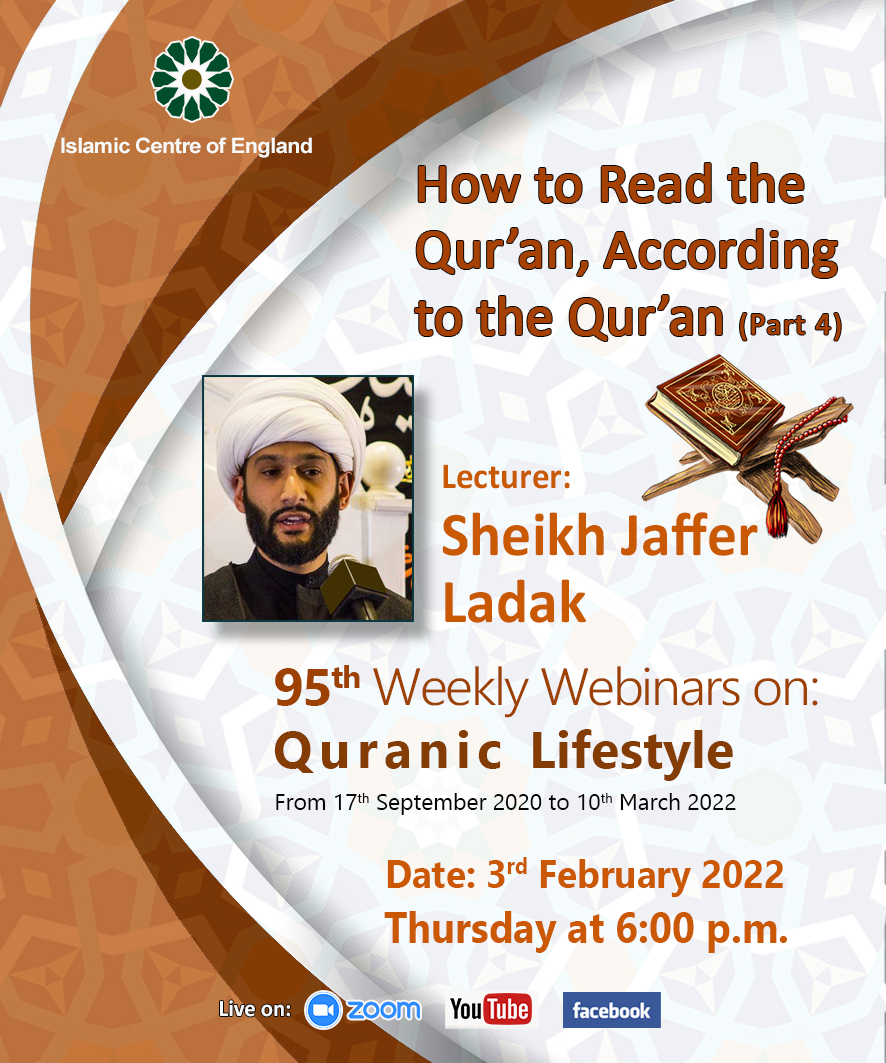