A celebration ceremony on the auspicious birth anniversary of Imam Ali (a.s) was held in the Islamic Centre of Glasgow 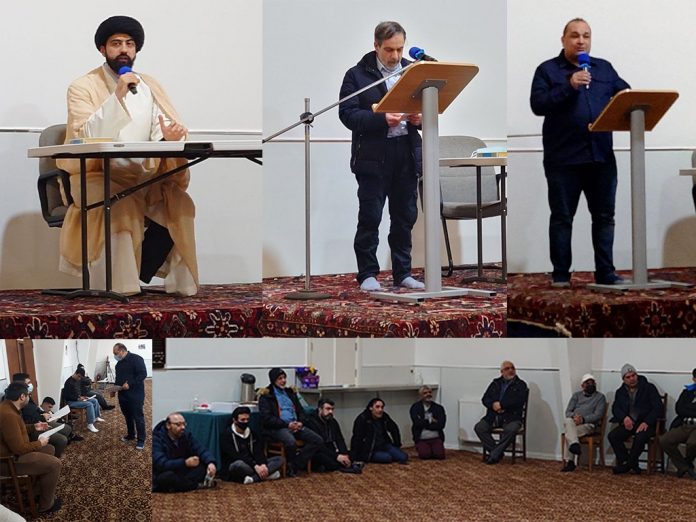 This ceremony was held on the thirteenth of Rajab, and lovers of Ahl al-Bayt from various backgrounds celebrated it. After the recitation of a few verses from the words of Allah, the praisers of the Ahl al-Bayt (a.s) praised and recited poetry to honour the first Shi’a Imam.

HIWM Seyed Amin Shamaei, the lecturer of this gathering, said: In comparison with other Imams, we have by far more literature about the life of Imam Ali (a.s). However, we should select those points relevant to our contemporary world from his life.

He said: “One of the critical points in the life of Imam Ali (a.s) was his confrontation with an early Islamic sect, called Murji’ah. Imam Ali’s (a.s) methodology in defending the pure Islamic values is a role model to follow in our daily community life. He said: we should increase our knowledge about Murji’ah because, unfortunately, some people inside our community consciously or subconsciously behave like Murji’ah.

Then in a  definition, he added: Murji’ah believed that Allah alone has the right to judge whether or not a Muslim has become an apostate. Consequently, Muslims should practice postponement (ʾirjāʾ) of judgment on committers of major sins and not make charges of disbelief (‘ takfir’) or punish accordingly anyone who has professed Islam to be their faith.

HIWM Shamaei said: it’s a sad fact that some Muslim community activists are behaving like Murji’ah, and no one is asking them to stop.

Before the beginning of this event, a written competition regarding the life of Imam Ali (a.s) was held, and awards were given to the top individuals by the Islamic Centre.

Celebrating the birth anniversary of Sayyida Fatimah (s.a) in the Islamic Centre of Glasgow