Holding the 99th week of weekly webinar on Quranic Lifestyle

The weekly webinar on Quranic Lifestyle is held live every Thursday at 6:00 p.m. on virtual networks such as Zoom, YouTube and Facebook. but exceptionally this week it was held at 5:00 pm due to coincidence with Maghrib prayer.

The 99th session of this webinar, which was held on Thursday, 3rd March 2022, has dedicated its topic to the following subject:

In this meeting, which was addressed by HIWM Shaykh Ali Alami, he delivered his speech for approximately 41 minutes on the subject of the meeting. 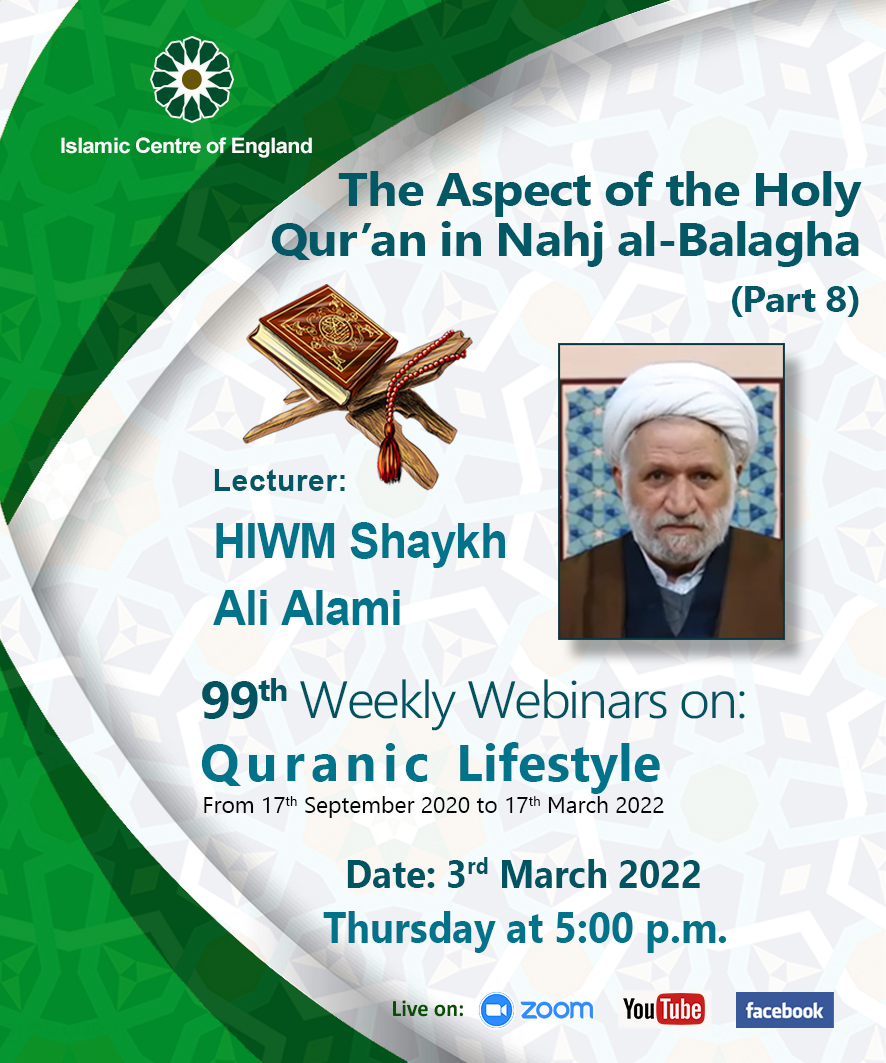 Topic: “The Aspect of the Holy Qur’an in Nahj al-Balagha-Part 8 “