The weekly webinar on Islam and contemporary issues is held live every Monday at 6:00 p.m. on virtual networks such as Zoom, YouTube and Facebook.

The 76th session of this webinar, which was held on Monday, 06th June 2022, dedicated its topic to the following subject:

“Balance between the Inner and Outer Dimension of Spirituality”

In this meeting, which was addressed by HIWM Sheikh Nadir Jaffer, he spoke for 30 minutes on the subject of the meeting.

Sheikh Nadir Jaffer has born and raised in Madagascar.

He started Hawza studies in 1997 at a very young age and specialised in Islamic Philosophy and Gnosis.

He speaks 8 languages and has travelled worldwide in more than 40 countries.

Sheikh Nadir Jaffer is currently the Head of External Tableegh Department of The World Federation.

He also is a specialist in naturopathy and alternative medicines. 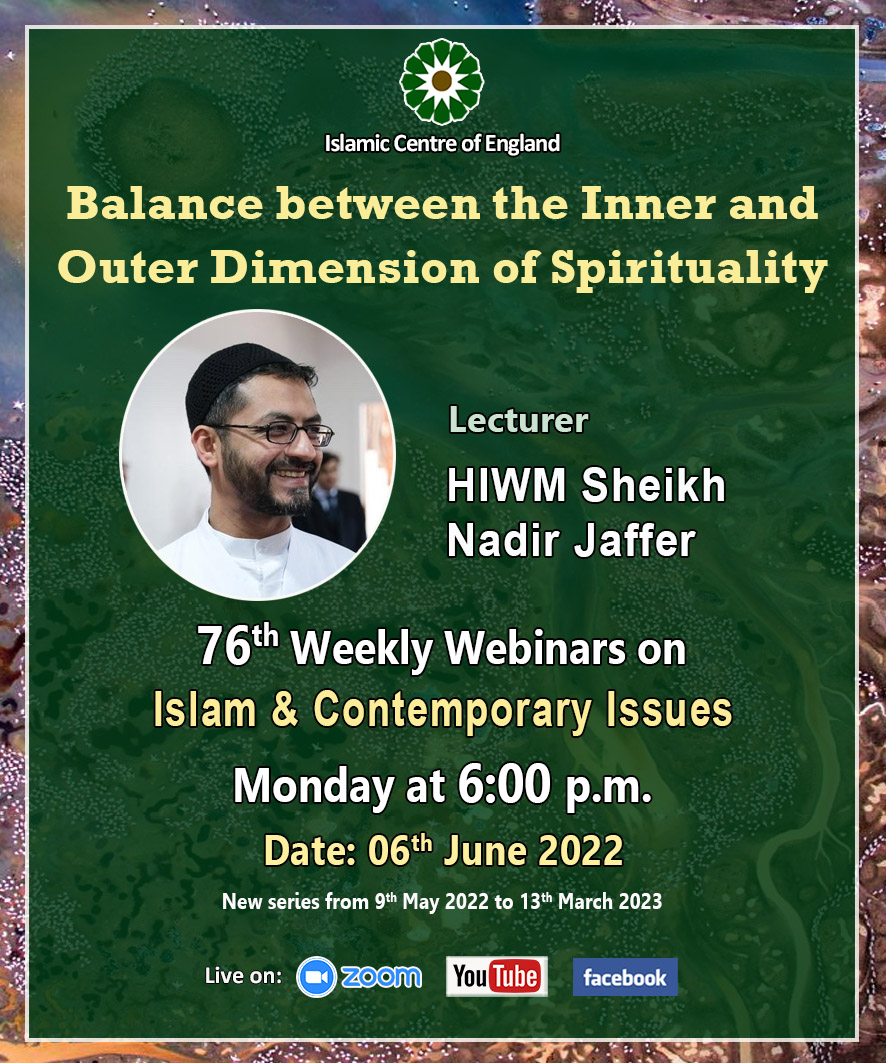