Holding the 111th session of weekly webinar on Quranic Lifestyle

The 111th session of this webinar, which was held on Thursday, 07th July 2022, has dedicated ‎its topic to the following subject: ‎

“Topic On: “What conversations will we have in the Hereafter, according to the Qur’an? ‎‏ ‏

Part 2: Allah will investigate polytheists on Judgment Day – some will deny their polytheism, ‎some will admit it.‎‎”

In this meeting, which was addressed by HIWM Sheikh Jaffer Ladak, he delivered his ‎speech for approximately 40 minutes on the subject of the meeting.‎

Sheikh Jaffer Ladak was born in the UK. He was the director of the DRC Group, ‎supplying north locum doctors to the NHS in the UK, leaving in 2011. Beginning ‎his Islamic studies in 2005, he has studied at Jaami’a Hawzat al-Muntadhir (a) of ‎Grand Ayatollah Syed Taqi al-Modarresi in holy Kerbala, Al Mahdi Institute, ‎Birmingham and the Islamic College, London. ‎

Sheikh Jaffer holds a Master’s Degree in Islamic Law from the Islamic College, ‎London with his dissertation on ‘An Islamic Theory of Global Citizenship’. He has ‎authored four books, The Hidden Treasure (2011), The Ways of the Righteous ‎‎(2015), A Pure Land: Islamic History of Yemen (2018) and A Star Amongst the Stars: ‎of Bio of Jabir ibn Abdullah (2020). He is also an author of many articles and ‎publications.‎ 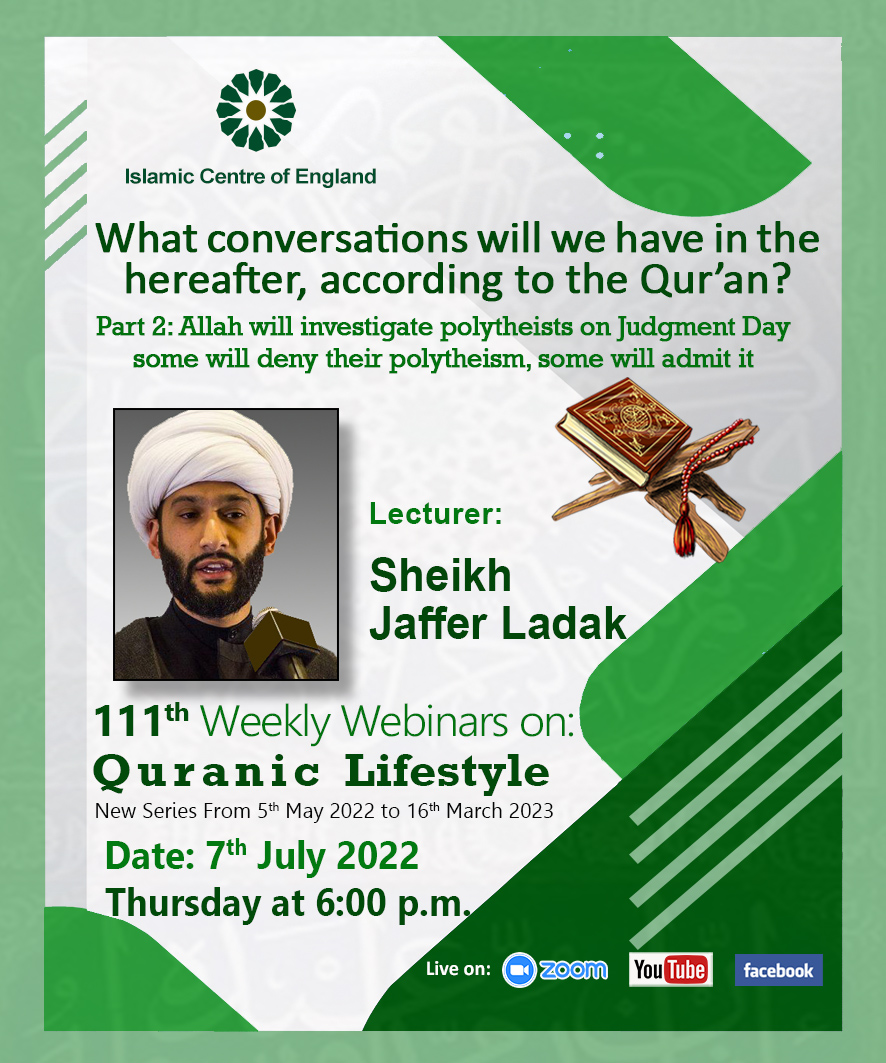 📌 Topic: “What conversations will we have in the Hereafter, according to the Quran?

Part 2: Allah will investigate polytheists on Judgment Day – some will deny their polytheism, some will admit it