The weekly webinar on Islam and contemporary issues held live every Monday at 6:00 p.m. on virtual networks such as Zoom, YouTube and Facebook. However, exceptionally this week it was held at 5:10 pm due to coincidence with Maghrib prayer. ‎

The 90th session of this webinar, which held on Monday, 17th October 2022, dedicated its topic to the following subject:

“Modesty and Hijab in Modern World”

This meeting, which addressed by HIWM Sayyed Mohammad Razavi, he spoke for 32 minutes on the subject of the meeting.

He started his theological studies under the supervision of his father and continued ‎under many prominent scholars and Graduated from Islamic Seminary in Qum.‎

Since his arrival in UK, Sayyed Razavi has worked with or assisted many ‎organizations such as the S.I. Education Society; the Islamic Centre of England; ‎Mahfil Ali; the Islamic Universal Association; Hayderi Imam Bargah; the al-Khoei ‎Centers in London and Swansea (Wales); and AIEC of Fatimah Zahra in Huntsville, ‎Alabama in the United States.  ‎

He has delivered speeches and lectures in numerous educational and religious ‎establishments and organizations in the UK, Europe, Canada, USA, the Caribbean ‎Islands and Australia, New Zealand, Japan and Guyana in South America and played ‎an active role in interfaith matters.‎

He also provides his services as a freelance Islamic Speaker interested in various ‎Islamic Issues and has had TV programs and Interviews on various different ‎channels. ‎

At the second part of the meeting in the Q&A section, the meeting’s moderator, Mr. Seyed Mahdi Abedi asked the questions raised by the participants in the meeting such as below:

‎2) Do men and women have to follow the principles of modesty equally? ‎

‎3) What is the meaning of equality between men and women? ‎

‎4) Is observing Hijaab and modesty a choice or a requirement under Islamic Shari’ah? ‎

‎5) What are the differences in observing modesty and Hijaab when Muslims live in non-Muslims’ ‎environment? ‎

‎7) Does observing Hijaab and modesty restrict Muslims from progressing in the society? ‎

‎8) Is Islam against feminism? ‎

‎9) Does observing Hijaab and modesty prevent the growth of Islam amongst the non-Muslim ladies?‎

and the speaker answered them. 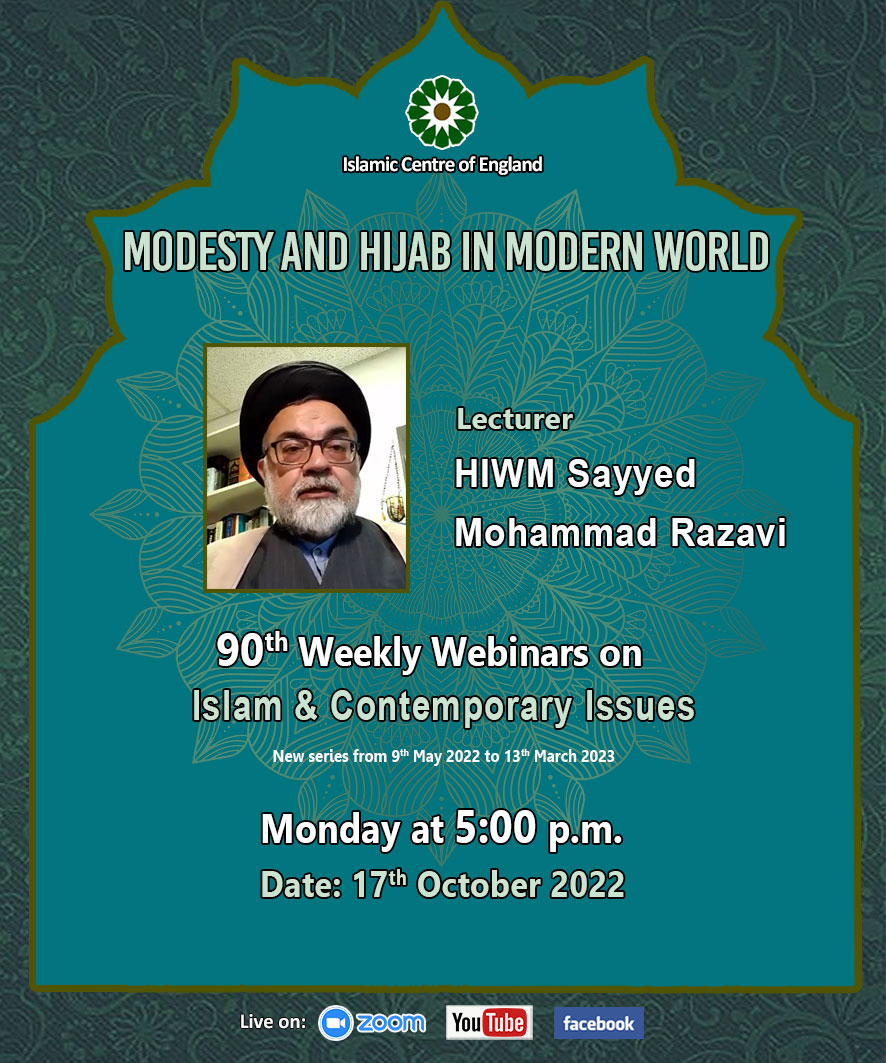