Holding the 84th session of weekly webinar on Parenting

In an era where so many of people are working or studying from home and have more flexible timetables, Islamic Centre of England is holding few live interactive discussions in different speakers and topics such as weekly webinar on Parenting.

The weekly webinar on Parenting held live every Saturday at 6:00 p.m. on virtual networks such as Zoom, YouTube and Facebook. However, exceptionally this week it was held at 5:00 pm due to coincidence with Maghrib prayer. ‎

The 84th session of this webinar, which held on Saturday, 22nd October 2022, dedicated its topic to the following subject:

“The Impact of the Parents’ Duas in Upbringing Their Children”

This meeting, which addressed by HIWM Sheikh Meisam Ghasemi, he spoke for 45 minutes on the subject of the meeting.

At the second part of the meeting in the Q&A section, the meeting’s moderator, Mr. Seyed Amin Shamaei asked the questions raised by the participants in the meeting and the speaker answered them. 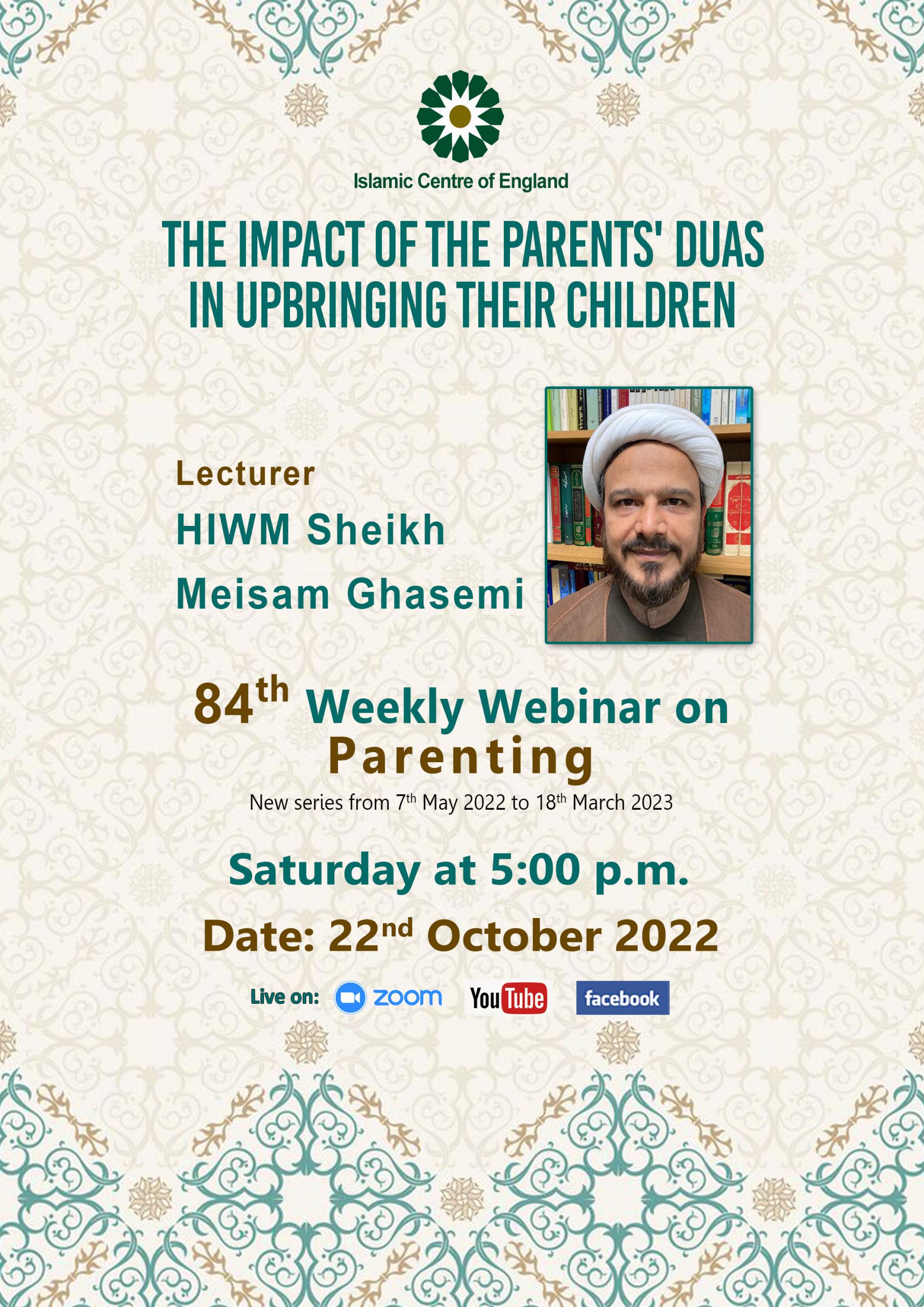 📌 Topic On: “The Impact of the Parents’ Duas in Upbringing Their Children”