Holding the 126th session of weekly webinar on Quranic Lifestyle

The weekly webinar on Quranic Lifestyle is held live every Thursday at 6:00 p.m. on virtual ‎networks such as Zoom, YouTube and Facebook. However, exceptionally this week it was held at 5:00 pm due to coincidence with Maghrib prayer. ‎

The 126th session of this webinar, which was held on Thursday, 27th October 2022, has dedicated ‎its topic to the following subject: ‎

“What conversations will we have in the Hereafter, according to the ‎Quran?”

Part 4: Conversations inside Hell and inside Paradise: What will be said to each other‏?‏‎‎

In this meeting, which was addressed by HIWM Sheikh Jaffer Ladak‎, he delivered his ‎speech for approximately 45 minutes on the subject of the meeting.‎

Sheikh Jaffer was born in the UK. He was the director of the DRC Group, ‎supplying north locum doctors to the NHS in the UK, leaving in 2011. ‎Beginning his Islamic studies in 2005, he has studied at Jaami’a Hawzat al-‎Muntadhir (a) of Grand Ayatollah Syed Taqi al-Modarresi in holy Kerbala, Al ‎Mahdi Institute, Birmingham and the Islamic College, London. ‎

Sheikh Jaffer holds a Master’s Degree in Islamic Law from the Islamic College, ‎London with his dissertation on ‘An Islamic Theory of Global Citizenship’. He ‎has authored four books, The Hidden Treasure (2011), The Ways of the ‎Righteous (2015), A Pure Land: Islamic History of Yemen (2018) and A Star ‎Amongst the Stars: of Bio of Jabir ibn Abdullah (2020). He is also an author of ‎many articles and publications.‎ 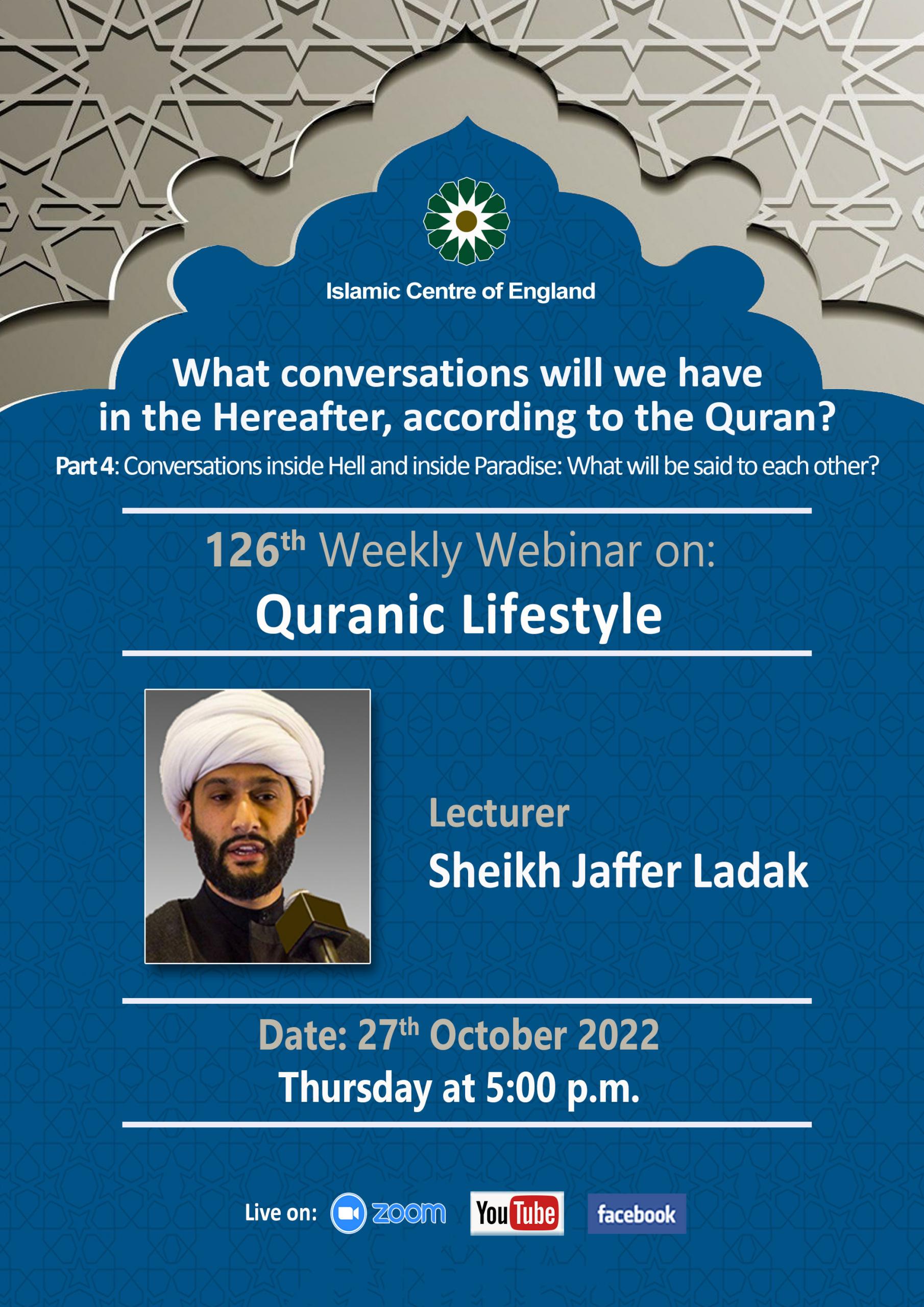 📌 Topic: “What conversations will we have in the Hereafter, according to the Quran?

Part 4: Conversations inside Hell and inside Paradise: What will be said to each other?