Holding the 86th session of weekly webinar on Parenting

In an era where so many of people are working or studying from home and have more flexible timetables, Islamic Centre of England is holding few live interactive discussions in different speakers and topics such as weekly webinar on Parenting.

The weekly webinar on Parenting held live every Saturday at 6:00 p.m. on virtual networks such as Zoom, YouTube and Facebook.

The 86th session of this webinar, which held on Saturday, 5th November 2022, dedicated its topic to the following subject:

“The Impact of Introducing Righteous Role Models in Parenting”

This meeting, which addressed by HIWM Sheikh Agha Mehdi Ali -From USA, he spoke for 35 minutes on the subject of the meeting.

Sheikh Agha Mehdi Ali comes from a humble family of momineen from the city of ‎Hyderabad, India where he went to school in a 200-year-old missionary school by St ‎Georges Grammar School.  ‎

He earned his BS in Mechanical Engineering from University in 1991 and came to the USA ‎as a student pursuing MS in engineering.  He earned his MS in Automation engineering in ‎‎1994 and started working for Silicon Systems, which was later acquired by Texas ‎Instruments.‎

He embarked on his journey to Howza studies in 2001 and was in the Seminary until 2010 ‎studying with some of the finest scholars of the Howza earning a degree in Philosophy ‎and Irfan.  Before returning to the USA, he had the honour of establishing a full-time ‎English medium school in the holy city of Qum by the name of Tawhid and establishing a ‎research institute and they are still running up to date and have grown exponentially.  ‎

He returned to the USA in November 2010 in the capacity of RA for a small community in ‎New Jersey.  After spending a year in NJ, he moved to Maryland to serve as head of ‎Islamic Studies in a full-time Islamic school and served there for the next 3 years.  Besides ‎Tabligh he had the honour of being active in both full-time school and Sunday School ‎enabling him to evaluate existing curriculums for Islamic studies and making ‎recommendations and come up with works to supplement the gaps.‎

Finally, he moved to the suburbs of Boston in the capacity of RA where he continues to ‎serve his second 5-year term from 2014.  Apart from the existing Centre activities, he had ‎been very active in developing and improving the Sunday school for which he even ended ‎up writing software that generates home works and corrects them online using google ‎suites.‎

He has a very active interfaith program that he does in collaboration with the Sunday ‎school and the community.‎‎

At the second part of the meeting in the Q&A section, the meeting’s moderator, Mr. Seyed Jaffar Moosavi Payandeh asked the questions raised by the participants in the meeting and the speaker answered them. 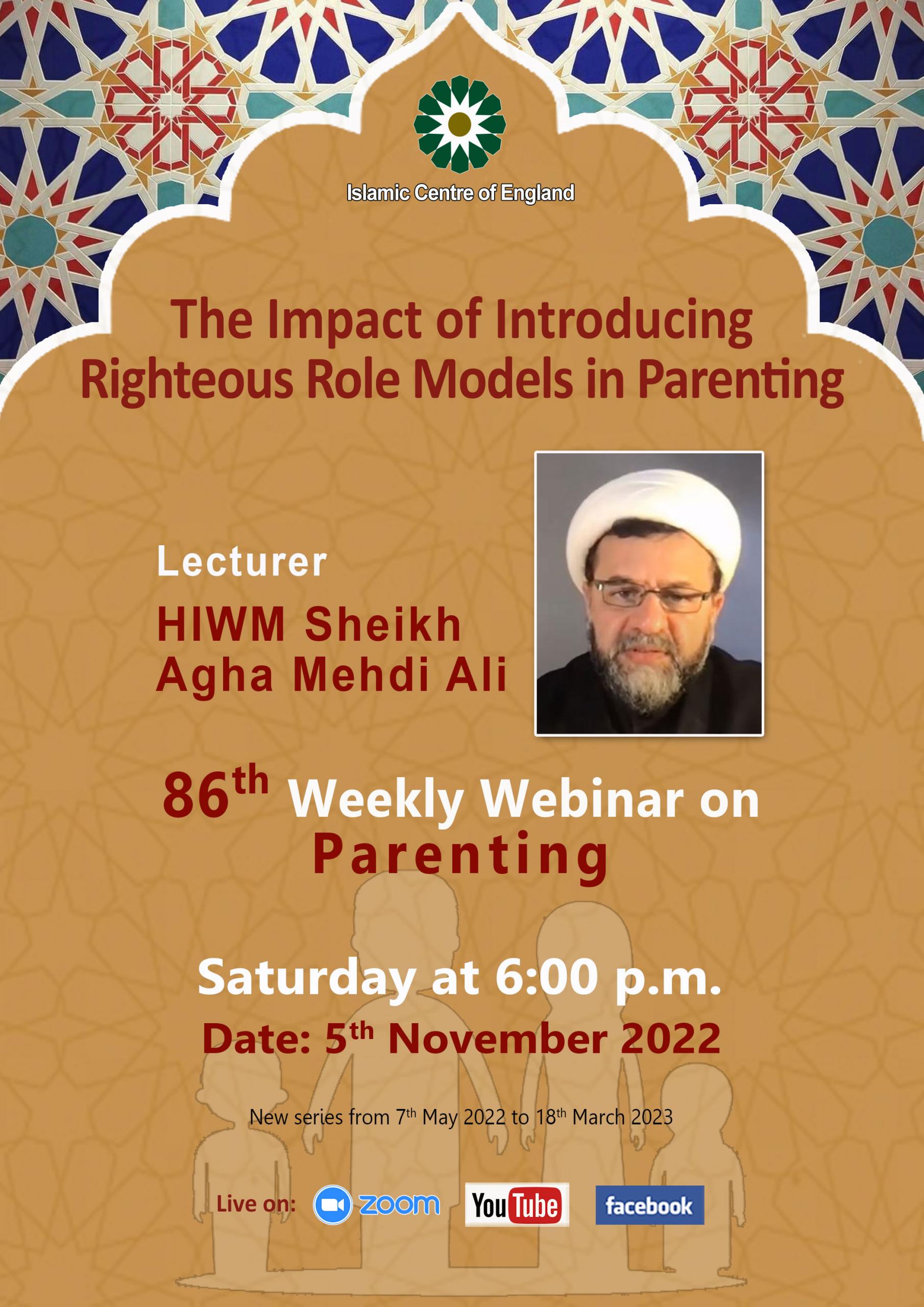 📌 Topic On: “The Impact of Introducing Righteous Role Models in Parenting”