HomeNewsSpecial NewsAuspicious Birth Celebrations of Lady Fatima (s.a.) in English and Persian at...

Auspicious Birth Celebrations of Lady Fatima (s.a.) in English and Persian at the Islamic Centre of England 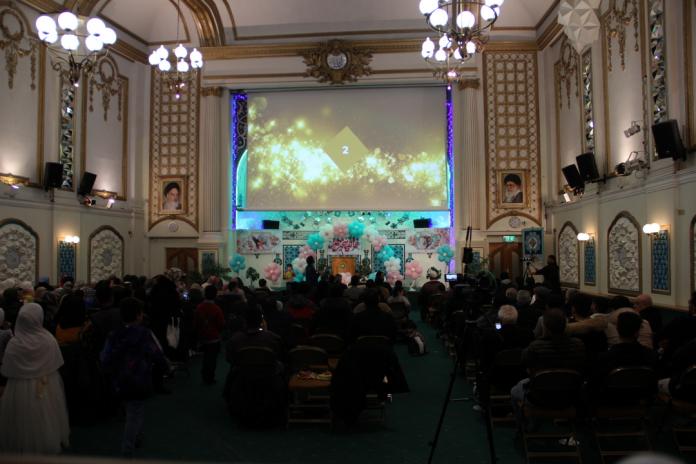 Joyful Celebrations in English and Persian on the birth of Lady Fatima Zahra (s.a.) were hosted by the Islamic Centre of England attended by Shias residing in London.
This glorious ceremony, on Sunday evening, January 15, 2023, with participation of the English youth of Mohib Ahl al-Bayt (pbut) and many Persian speakers residing in London, the speakers addressed about the virtues of Siddiqa Tahereh (s.a.) and the eulogists with their recitation gave a jubilant service.
The first speaker of the ceremony, Br. Nabil Awan said: “The Revered Zahra (s.a.) was the mother of eleven Speaking Qur’ans” pointing to the virtues of Lady Zahra (s.a.) and the status and grandeur of the holy Qur’an among human beings.
He added: The presentation of two sermons of Fadak and the meeting with Mohajer and Ansar women with Lady Zahra (s.a.) played a vital role in her life because during these Lady Siddiqa Tahera (s.a.) valiantly and courageously, fully defended the Imamate of Imam Ali (pbuh) and retold the event of Ghadir.
In this ceremony, Dr Lali Fatima, describing to the personal traits of Lady Fatima Zahra (s.a.), said, “The value of Fatima Zahra (s.a.) is her worship and servitude to God. If servitude of God did not exist in Lady Fatima Zahra (s.a.), she would not have been Siddiqa Kubra. Siddiq is one who puts one’s thought into speech and manifests it truthfully in one’s action. However greater this Siddq is, the greater the value of human being, and thus one becomes Siddeeq.
Included in this ceremony were poetry recitation by a young sister, two Kohoot competitions were held for the youth and adults, eulogy singing by two Persian eulogists, enthralling Islamic music videos played, exciting activities for children, prizes were awarded to winners of the competition and to girls who were named after Lady Fatima (s.a.)and her titles.