The auspicious birth celebration of Lady Zahra (s.a.) was held in Arabic at The Islamic Centre of England 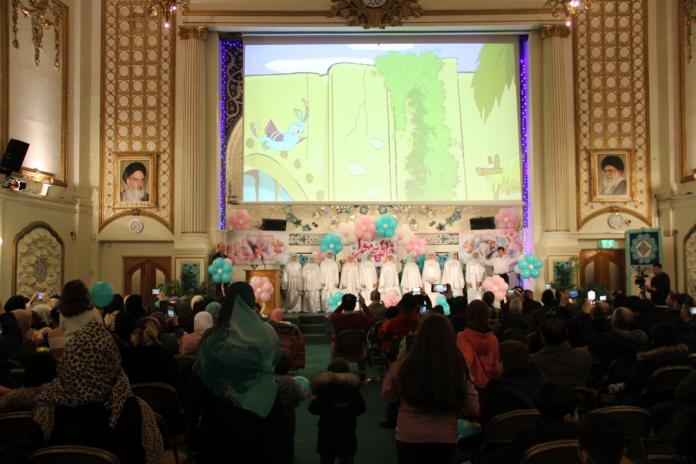 The auspicious birth celebration of Hazrat Zahra (s.a.) was held in the Islamic Centre of England in Arabic with the presence the devotees of Ahl al-Bayt (pbut).

A large number of the lovers of the Ahl al-Bayt (pbut) from various Arab countries participated in this ceremony held in London, on 13th January 2023, marking the anniversary of the birth of her eminence Lady Siddiqah Tahera (s.a.) in the Islamic Centre of England.

Kohoot competition was held for two age groups of the under 15s and adults. At the end of which six winners received prizes from HIWM Seyed Hashem Moosavi.

In this ceremony, several music videos in Arabic were screened to celebrate the occasion of the birth of Lady Zahra (s.a.). Among the special events of this celebration of this joyful occasion included children’s activities and recitation by a eulogist for the Ahl al-Bayt (pbut).
Ms. Arubah Akhdar, a religious activist based in London, narrated to a tradition from Imam al-Sadiq (pbuh) in which he says: “On the Day of Resurrection, when Lady Fatima (s.a.) enters paradise, The Exalted Allah, will address her: “O daughter of my friend, whoever cherishes you and your children in their hearts, take them to heaven with you.”

She added: “Hazrat Siddiqah Tahera (s.a.) was not only the exceptional model of women of both worlds, but also in terms of reasoning, ethics, housekeeping, parenting, hijab, and other human virtues; she was a perfect human being.