Holding the 25th weekly webinar on Islam and contemporary issues

The twenty-Fifth session of this webinar, which was held on Monday, March 8, 2021, dedicated its topic to the following subject:

In this meeting, which was addressed by HIWM Sayyed Mohammad Razavi, he spoke for 50 minutes on the subject of the meeting.

At the second part of the meeting in the Q&A section, asked a question raised by the participants in the meeting and the speaker answered it. 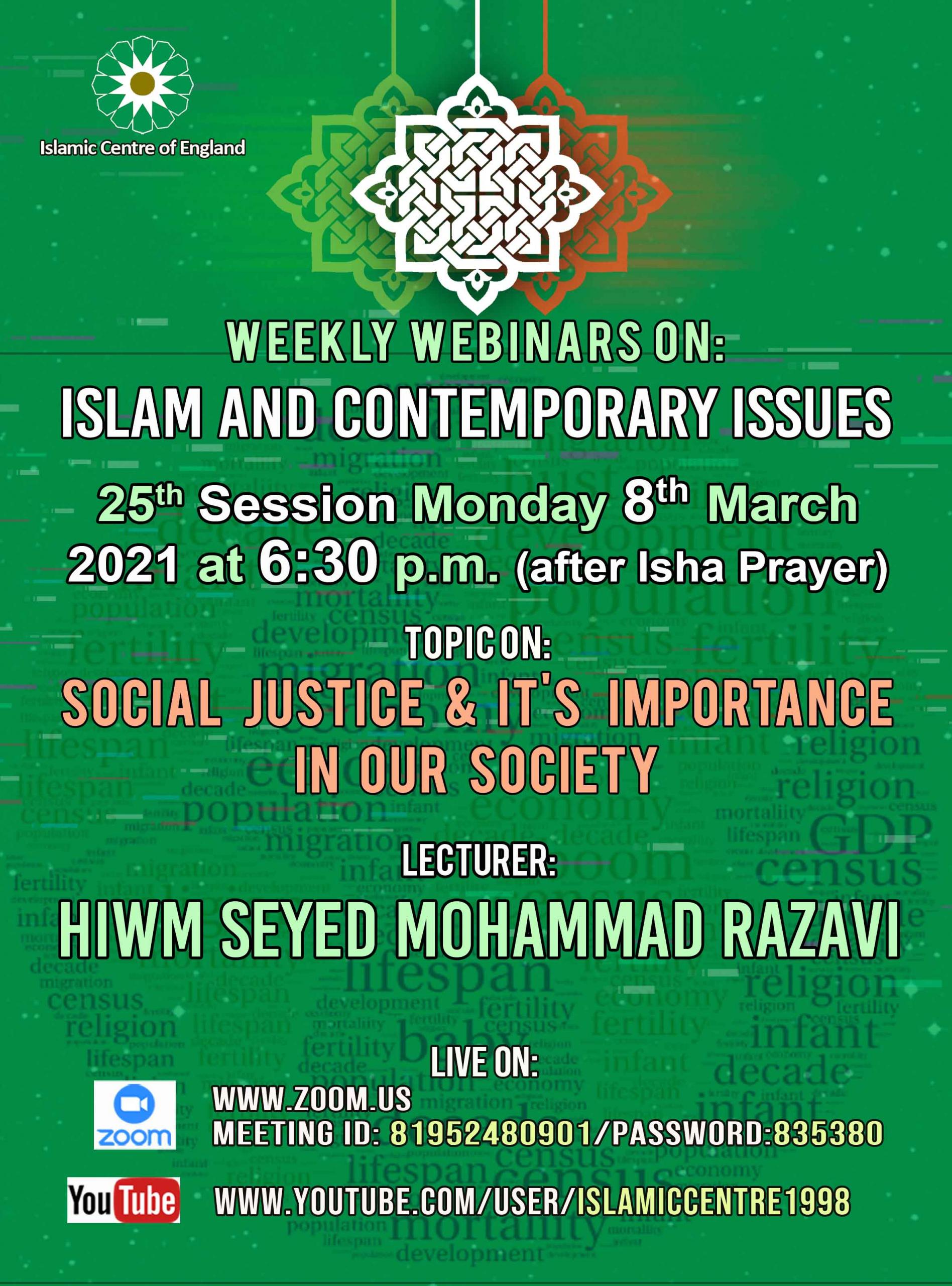