The weekly webinar on Quranic Lifestyle is held live every Thursday at 18:00 on virtual networks such as Zoom, YouTube and Facebook. However, this week it was held at 18:30 due to Maghrib prayer.

The twenty-Sixth session of this webinar, which was held on Thursday, March 11, 2021, has dedicated its topic to the following subject:

“Repentance is purified and turns to Allah “

In this meeting, which was addressed by Dr. Jalal Fairooz, he delivered his speech for approximately 45 minutes on the subject of the meeting.

Dr. Jalal Fairooz has a PhD in Political Islamic Thought from the International University of Islamic Sciences. He is a Lecturer of Islamic Studies, Humanities & Social Sciences at various universities and institutes and he is teaching religious studies for more than 20 years at several hawzas including The Islamic College of London.

He is also the author of several books, including “The Quranic Theory of Crisis Management”, “The Engineering Disciplines and Roads to it”, “The Biography of Husseiniyas”, “Foundations of the Stimulus by Modern Theories” and “The Seven Habits of Highly Effective People in the Light of Islam.”

He has regularly hosted in major TV programs, including BBC, CNN, VOA, RT, etc., and writes regular articles in the press. He is a senior Member of the International Academy for Training & Consultancy (IATC).

At the second part of the meeting in the Q&A section, the meeting’s moderator, HIWM Saayed Amin Shamaei, asked the questions raised by the participants in the meeting and the speaker answered them. 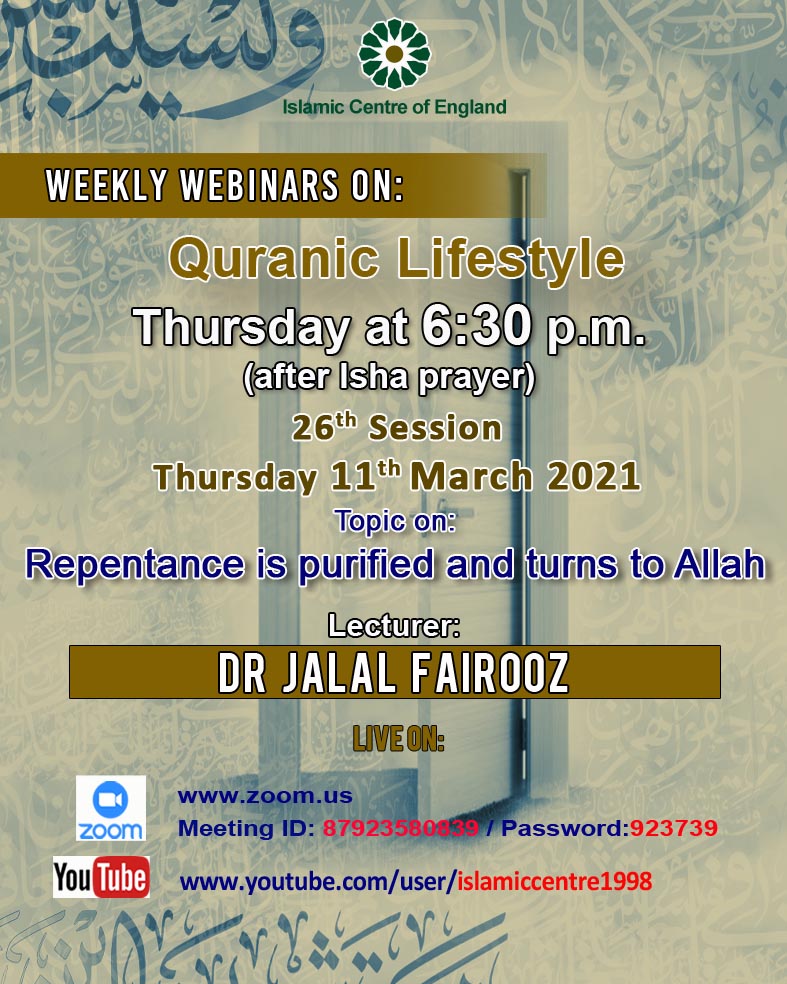