The new series of weekly webinar on Islam and contemporary issues is held live every Monday at 18:00 on virtual networks such as Zoom, YouTube and Facebook. However, this week it was held at 17:30 due to Maghrib prayer.

The 1st session of this webinar, which was held on Monday, March 22, 2021, dedicated its topic to the following subject:

“The functions of faith in today’s world”

In this meeting, which was addressed by HIWM Dr. Isa Jahangir, he spoke for 40 minutes on the subject of the meeting.

HIWM Dr. Isa Jahangir has held positions as principal, senior lecturer, researcher, and head of academic department for over two decades in the United kingdom and overseas. He has been actively involved in the development and establishment of educational programs for youth in the UK and Europe. He is currently the principal of the Islamic college of London, in collaboration with University of Middlesex. 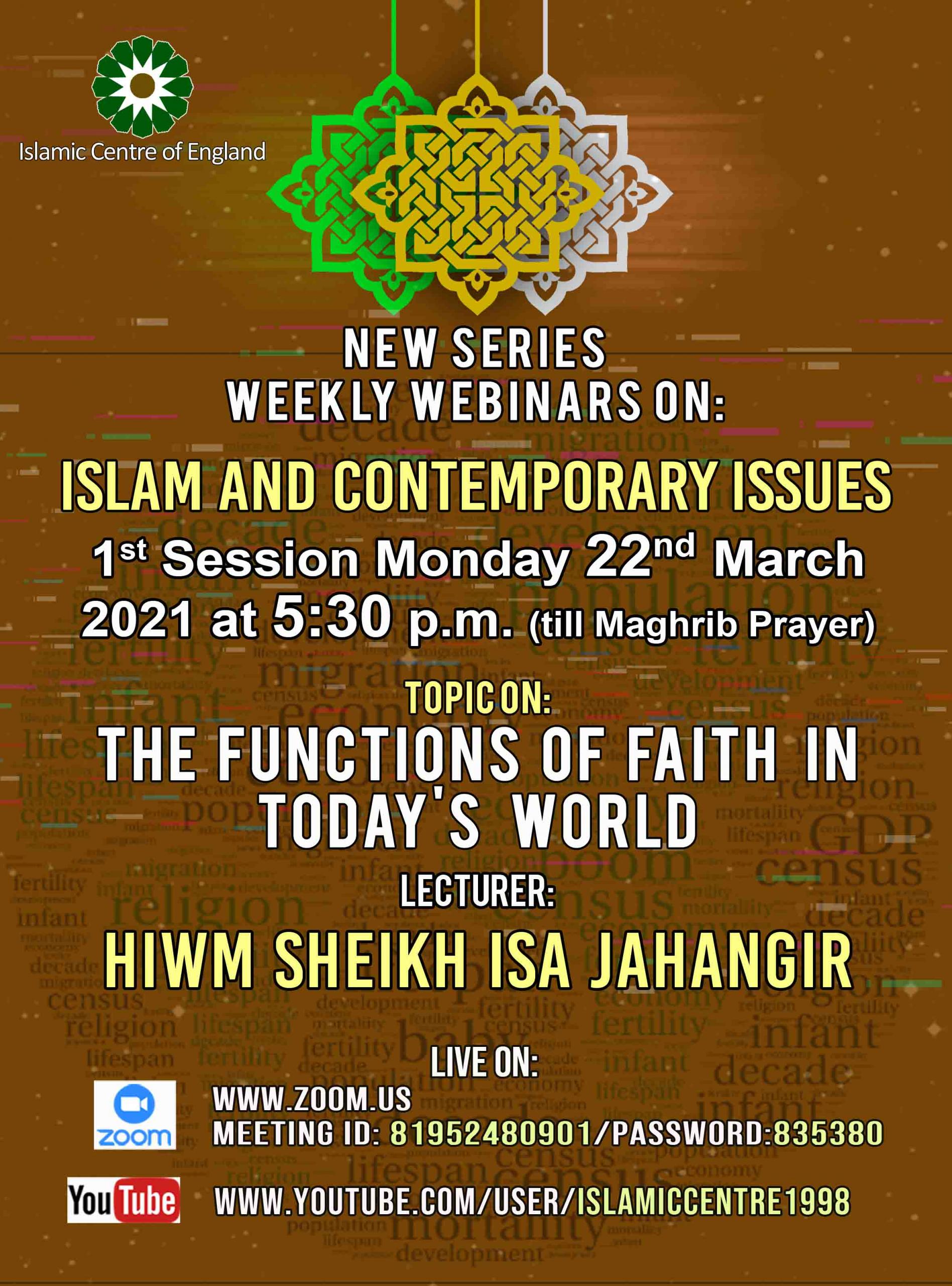