The 3rd session of this webinar, which was held on Monday, April 5th , 2021, dedicated its topic to the following subject:

“Manners of Leadership & Guidance in Our Contemporary World” 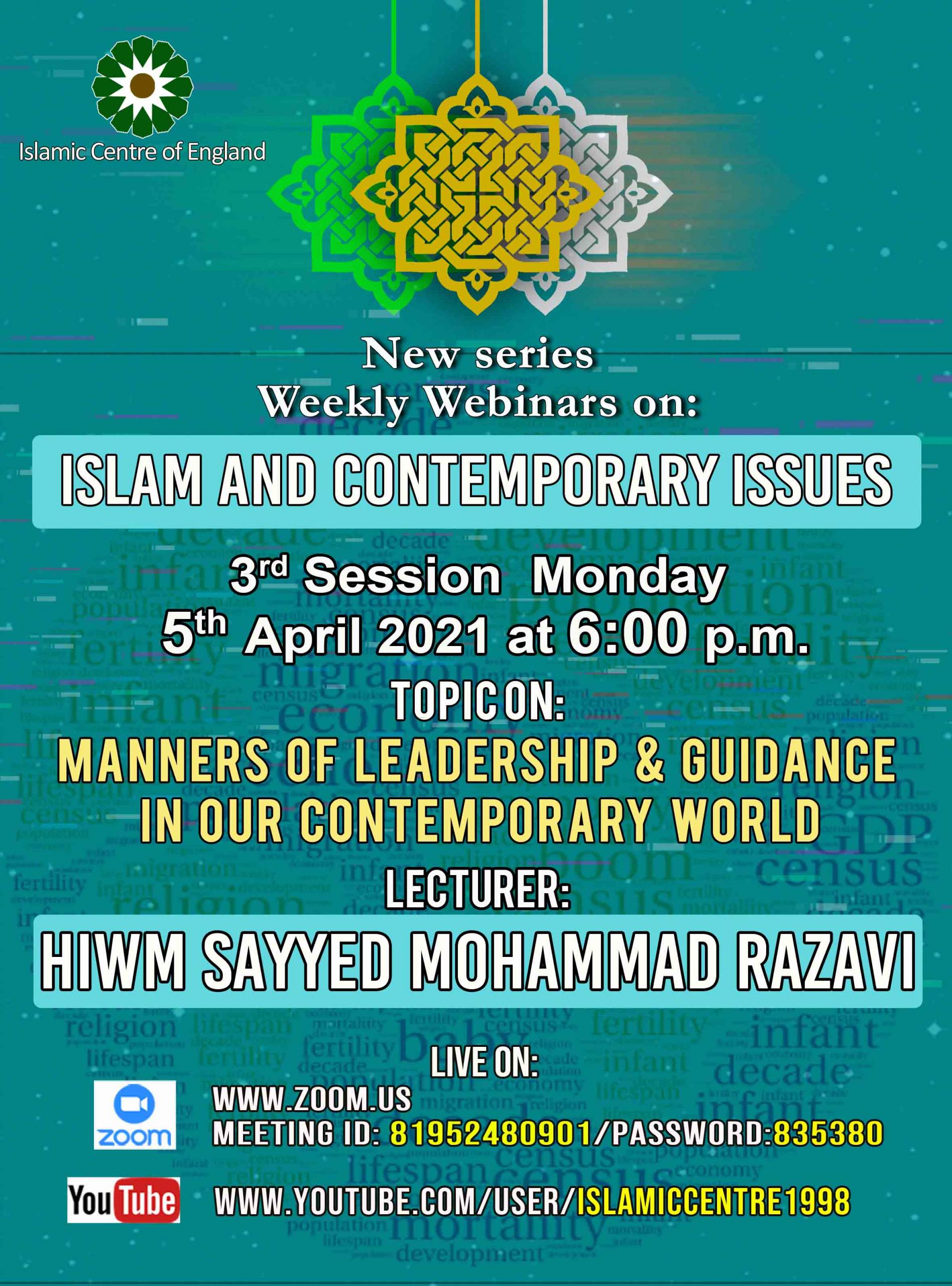