The Fourth session of this webinar, which was held on Thursday, April 08, 2021, has dedicated its topic to the following subject:

“How to get effectively prepared for Ramadan “

In this meeting, which was addressed by Dr Jalal Fairooz, he delivered his speech for approximately 40 minutes on the subject of the meeting.

At the second part of the meeting in the Q&A section, the meeting’s moderator, Hujjat ul Islam Seyed Amin Shamaei, asked the questions raised by the participants in the meeting and the speaker answered them. 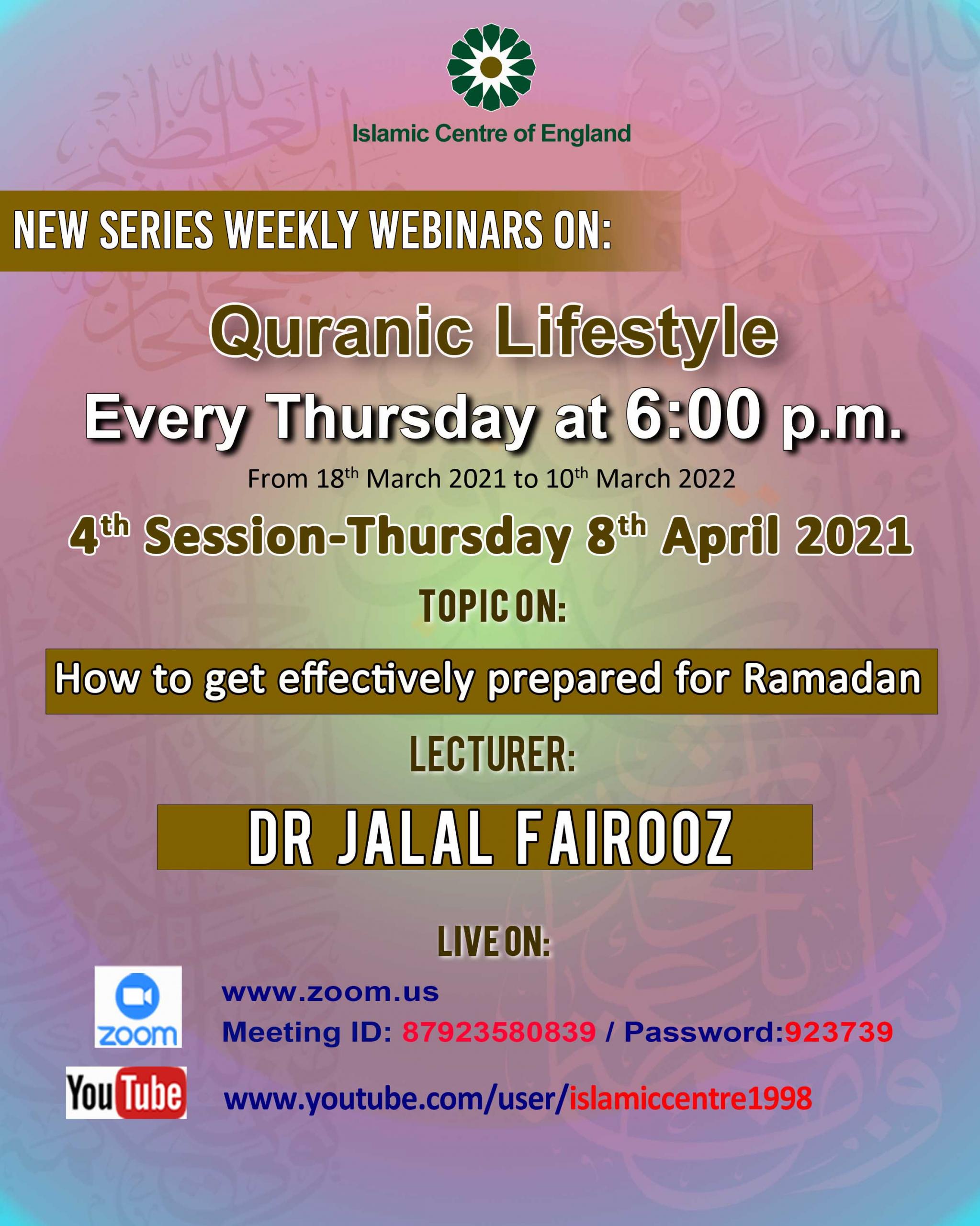