The Islamic Centre of England hosted the third Nigth of Qadr 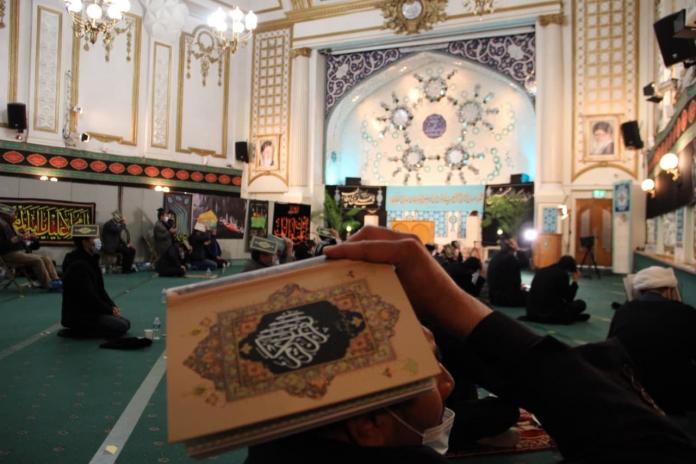 The Islamic Centre of England hosted the third Nigth of Qadr on Wednesday on 5th May 2021 with a small number of individuals ( due to the COVID-19 restrictions) In this ceremony, the Director of The Islamic Centre of England delivered a speech, in which he narrated a Hadith about the significance of this night. He stated: The eve of day 23 of the Holy Month of Ramadan is more probable to be the Night of Qadr, based on Shi’a Hadiths.
The Night of Qadr is named “Jahni night” by Imam Baqir or Imam Sadiq (a.s). This name is given due to a Hadith narrated from the Holy Prophet of Islam. According to this Hadith, Jahni said to the Holy Prophet that he lives far from Medina and can not attend all three Nights of Qadr in the prophet’s mosque in Medina. He asked the holy prophet to specify one night for him, and the holy prophet answered the eve of 23rd is the best night for him to attend.

Many deeds are recommended to be performed on this night, but the most emphasis is to be alone and think about your actions over the past year and make decisions for next year.

He said: In fact, The Qadr Night is the new eve of the year and the beginning of the new year. Tonight our destiny is going to be set for another year.
So with one night of tears, one cannot escape responsibility because the night of destiny is the night of “responsibility” and not the night of “avoidance of responsibility”.
Then he continued his speech by describing the conditions of repentance. He said:
Whoever is granted the acceptance of repentance will not be deprived of it, and whoever is given this opportunity will not be denied forgiveness.
With this regard, HIWM Moosavi added that:
“God rejoices in the repentance of His servant more than anyone who loses his horse and luggage in the desert on a dark night and then finds it.”
At the end of this ceremony, people took the volumes of the Holy Quran above their heads and prayed to God.

This event fully complied with the COVID-19 health and safety guidelines.