HomeNewsSpecial NewsStatement of the Director of the Islamic Centre of England Condemning the... 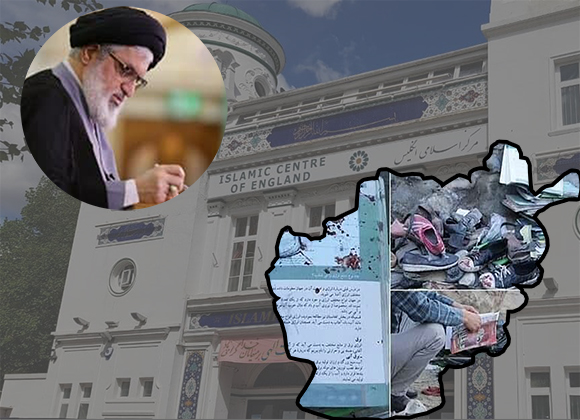 HIWM, Seyed Hashem Moosavi, the Islamic Centre of England’s Director, condemns the mass murder of innocent children of Afghanistan. His complete statements are as follows:
In the Name of Allah, the Most Gracious the Most Merciful
“when the girl buried alive will be asked for what sin she was killed?” (The Holy Quran 81:9)
I want to extend my condolences to the families that are the victims of the terrorist bombing in Kabul that resulted in the martyrdom and injury of approximately 245 innocent Afghan children and the oppressed people of Afghanistan.
This savage crime with the murder of these young children in the Holy Month of Ramadan at the hands of terrorist and extremist groups proceeds from the hegemonic powers to destroy the honour of Islam. An incident like this would undoubtedly cause anguish to the hearts of people with a conscience. However, based on divine promise, the blood of the oppressed will definitely not remain unanswered, and God will accordingly punish the perpetrators of these crimes.
I ask Almighty God to shower His mercy upon the souls of the victims of this sorrowful incident, to let the fortitude of all of those they have left behind rest only on Him and that He gives them an abundant reward. I also ask God for increasing success for the believing, patriotic and oppressed people of Afghanistan.
Every intellectual and religious scholar in the Islamic world and every independent thinker wherever they live, Based on their sense of responsibility and acting on the rule of law principles, should condemn these inhuman deeds. All should expect that the crimes of these terrorist groups and the insecurity they engender in Muslim countries would come to an end. It is especially true for the tyrannized country of Afghanistan. We demand that international organizations in this regard enact and execute the laws that would solve this situation.
Seyed Hashem Moosavi
The Islamic Centre of England