The 5th session of this webinar, which was held on Monday, May 17th, 2021, dedicated its topic to the following subject:

“The decline of Muslims in the scientific arena”

In this meeting, which was addressed by HIWM Sheikh Shafiq Hudda, he spoke for 40 minutes on the subject of the meeting.

HIWM Sheikh Shafiq Hudda was born in Uganda, East Africa, and was exiled with his parents and thousands of others at the age of 5 in 1973.  The family came to Canada and settled in the city of Kitchener, where Sheikh Shafiq completed his primary and secondary studies.   Following completion of high school, and further education by correspondence, Sheikh Shafiq went to Qum in the late 1980’s.  He founded a charity called Islamic Humanitarian Service and has been serving since that time.  He travels to various Muslim and non-Muslim communities all over the world, and answers questions that non-Muslims have about Islam.  He is a human rights activist and a social volunteer in many institutions. 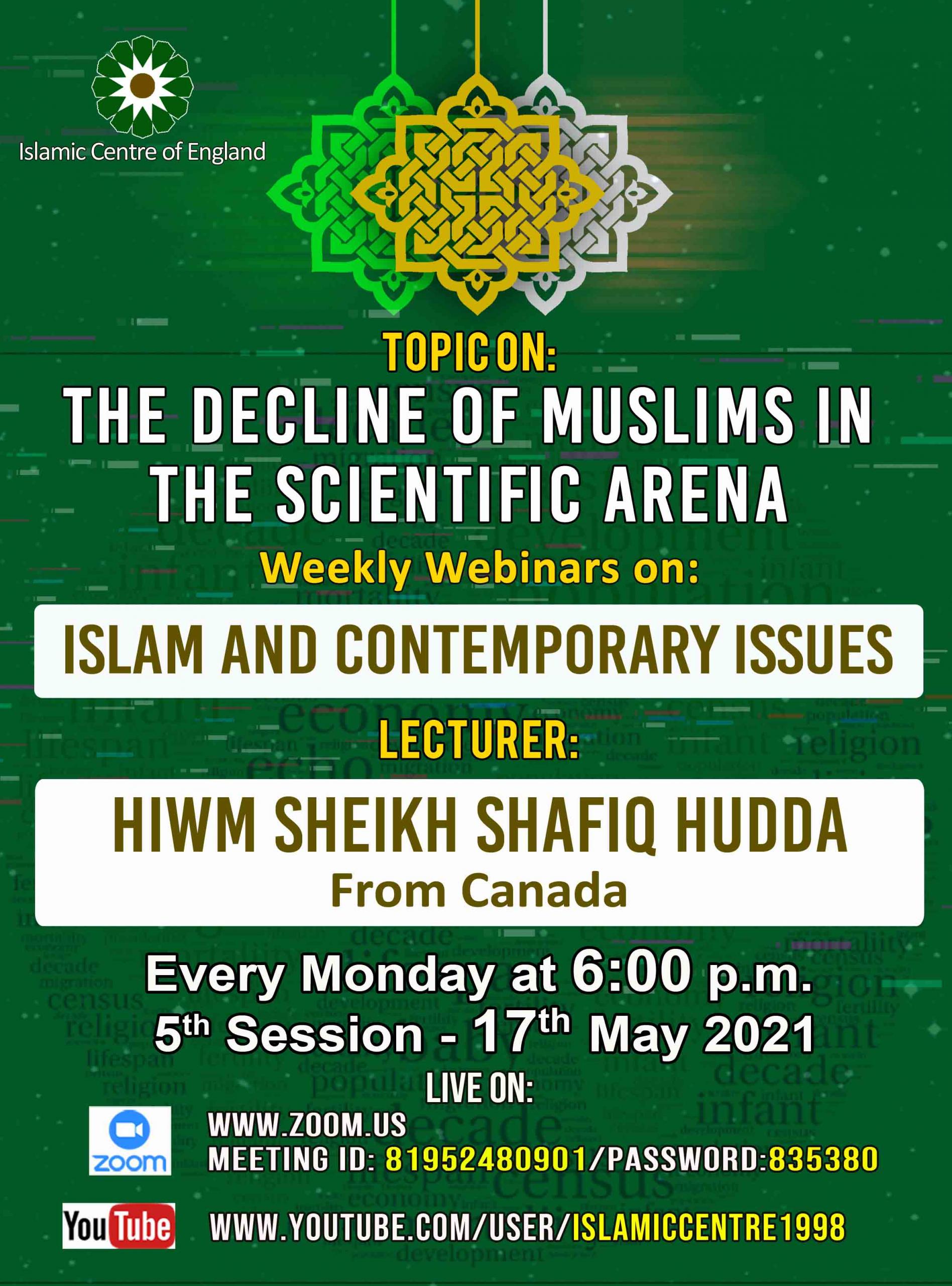