The 6th session of this webinar, which was held on Monday, May 31st , 2021, dedicated its topic to the following subject:

“Oppression & it’s impacts on our society”

In this meeting, which was addressed by HIWM Sayyed Mohammad Razavi, he spoke for 40 minutes on the subject of the meeting. 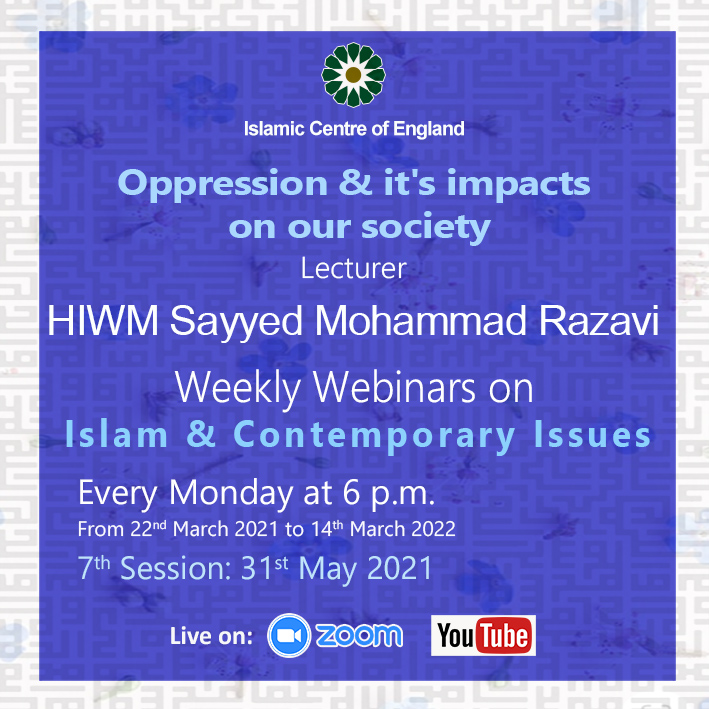