The Islamic Centre of England’s director: Imam Sadiq (a.s), is the perfect model for proximity among the Islamic schools 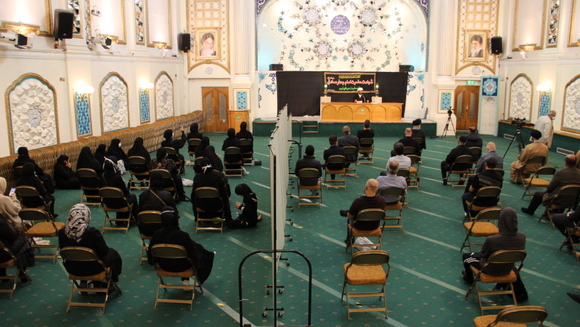 The commemoration ceremony of Imam Ja’far al-Sadiq’s (a.s) martyrdom was held in the presence of the devotees of the Ahl al-Bayt (a.s) in three languages, including Arabic, English and Persian, on Sunday evening, June 6, 2021,  following the Covid-19 related health regulations in the main hall of the Islamic Centre of England. 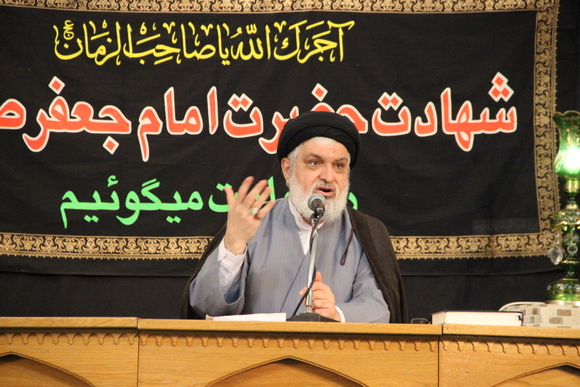 HIWM Deyed Hashem Moosavi, The Islamic Centre of England’s director, addressed that: The manners of the Ahl al-Bayt (a.s) in cooperation with other Islamic schools of thought is the most appropriate model for proximity among the Islamic schools and Islamic unity.

HIWM Moosavi said:  According to both, The Holy Qur’an and the lifestyle of the holy prophet of Islam, we are invited to practice unity and to avoid any form of division. Furthermore, he said: Islamic unity is one of the essential factors of resistance, dynamism and dignity of the Islamic Ummah. In addition, he warned that if the Islamic Ummah refuse to practice unity, the inevitable consequences will be shame, abasement and waste of power.

The ICEl Director referring to the emphasis of the Imams (a.s) in maintaining the unity of the Islamic Ummah, said: The silence of Imam Ali (a.s), signing peace treaty of Imam Hassan (a.s), and accepting the rule as prince in the life of  Imam Ridha (a.s) can be interpreted as examples of preserving the unity and integrity of Muslims.

HIWM Moosavi continued his speech by emphasizing the importance of tolerance and stated: Today, all Shi’as must follow the Ahl al-Bayt (a.s) method and cooperate with different Islamic denominations of Ummah To raise the level of Islamic education. “It is necessary that the veil of hostility and animosity and hatred must not cause distance amongst Islamic schools. 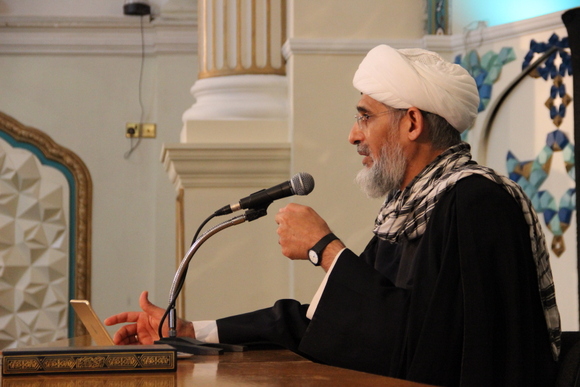 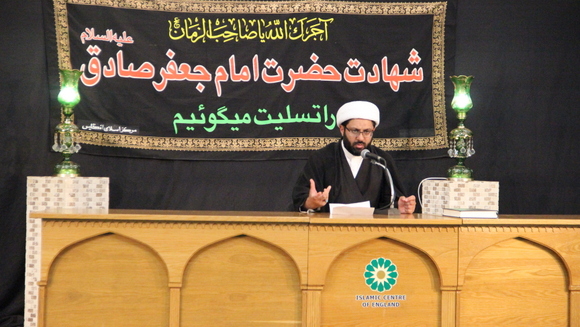 In English panel, Sheikh Ali Malik said: Despite the slight differences between Shia and Sunni Islam, a good relationship should not be cut between these two main Islamic branches, because according to the manners of the Imams (a.s) and especially Imam Sadiq (a.s), we have been instructed to Visit the patients of other Islamic branches and attend their funerals and have peace with them.

In this ceremony, two of the praisers of Ahl al-Bayt (as) chanted and mourned the martyrdom of the sixth shining star of the sky of Imamate and Wilayah.

The ceremony commemorating the martyrdom of Imam Ja’far Sadiq (a.s) was broadcasted through the virtual networks of the Islamic Islamic Centre at the same time as the presence of the devotees of the Ahl al-Bayt (a.s).

Photo gallery of the commemoration ceremony of the martyrdom of Imam Jafar Sadegh A.S