The Twelfth session of new series of this webinar, which was held on Saturday, July 17th, 2021, at 6 p.m., dedicated its topic to the following subject:

“Introducing the phenomenon of Wajib (Obedience) & Haram (Prohibition) for children”

In this meeting, HIWM Sheikh Mirza Abbas talked about the topic of the meeting for 40 minutes in the second part of his speech.

HIWM Mirza Abbas travelled from US after finishing his AS from the Evergreen Valley College, San Jose CA, to Qum for his hawza studies. He finished his hawzawi studies to the level of Kharij and came to UK as a resident scholar for the KSIMC of Birmingham where he served 4 years and then he served another 4 years at the Al Zahra Foundation of Nottingham.

For the past 6 years he has been appointed as the Internal Manager for the Hawza Illmiya of England. He is also the Program Leader for the BA Hawza studies at the Islamic College of London. He extensively teaches at the college and at the hawza. He is also involving in the works of propagation of the Maktab e Ahl Baith globally for more than 2 decades. He has translated many text and the most important of all is the Theological Instruction of Ayatullah Mesbah Yazdi, which is used as a text book in theology for the hawzas of Qum. He also acquired an MA in Theology from the University of Birmingham and is working on his Doctrinal Studies in Mysticism.

At the second part of the meeting in the Q&A section, the meeting’s moderator, Ms Sumaya Marhoon, read the questions raised by the participants in the meeting and the speaker answered them. 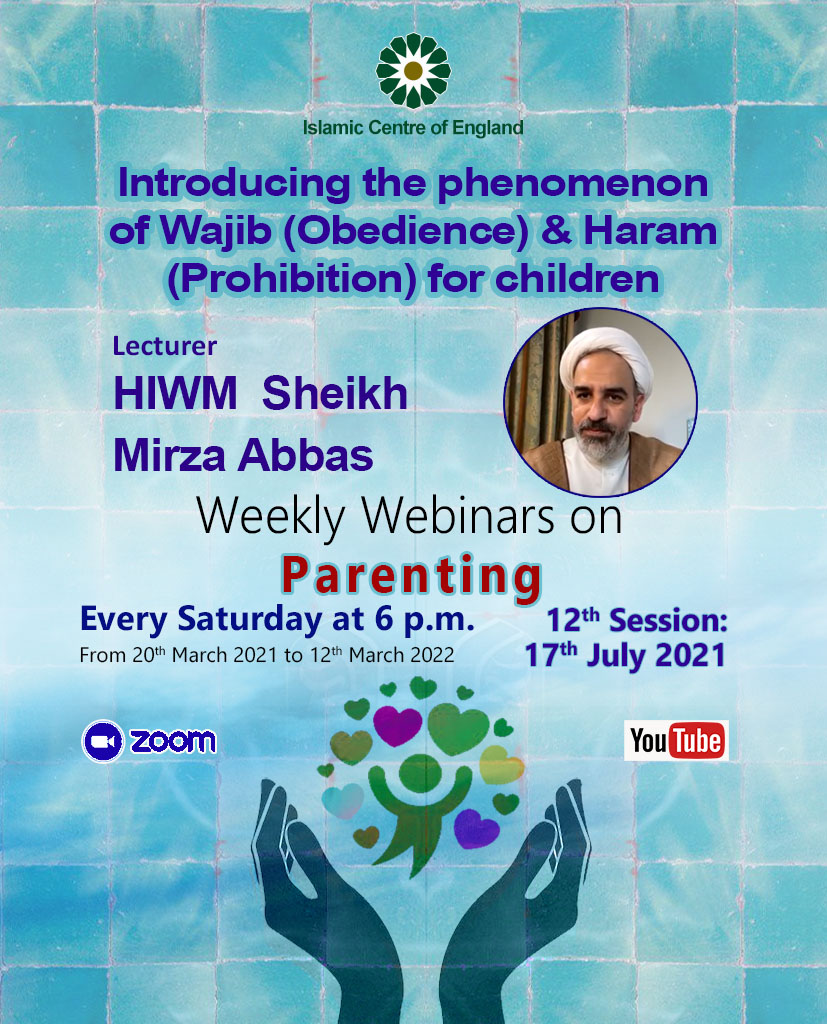