HomeNewsSpecial NewsIn commemoration of Aba Abdillah al-Hussain(a.s) and his companions

In commemoration of Aba Abdillah al-Hussain(a.s) and his companions 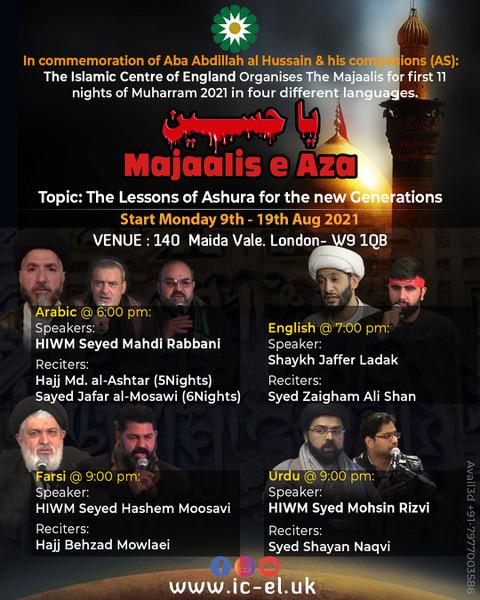 Due to the need for quarantine, for some Of Our Speakers, changes were made in the programs.
The Islamic Centre of England humbly requests attendees to take a rapid test before their attendance and follow social distancing and face-covering rules during the programme.