The 43rd session of this webinar, which was held on Monday, August 23rd 2021, dedicated its topic to the following subject:

“The necessity of remembering the tragedy of Karbala”

At the second part of the meeting in the Q&A section, the meeting’s moderator, Mr Ali Akbar Azaam Abedi ask the questions raised by the participants in the meeting and the speaker answered them. 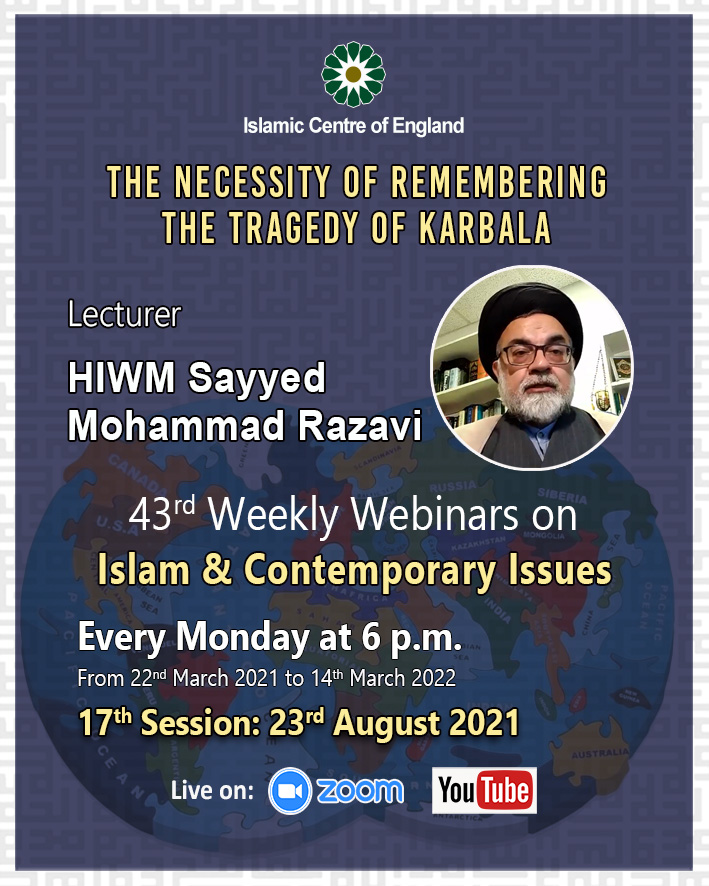 📌 Topic: “The necessity of remembering the tragedy of Karbala “