HomeNewsSpecial NewsThe Honouring ceremony of those who serve the community in the Month... 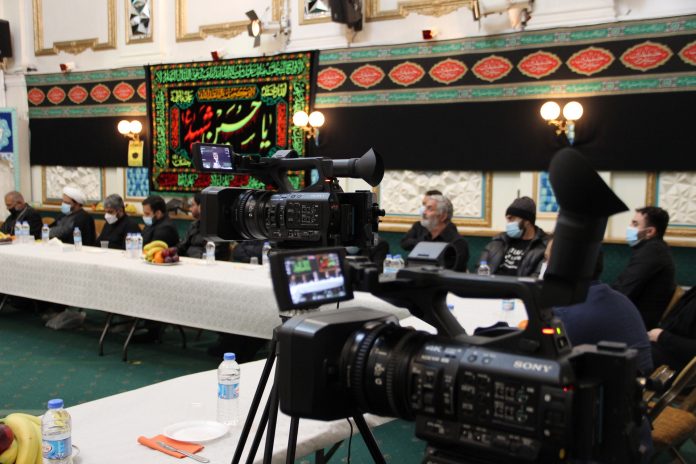 The Islamic Centre of England’s director expressed his gratitude to those who served the community to hold Majalis of commemoration during the first ten days of Muharram 2021 for Imam Hussain (a.s) and his companions.
HIWM Seyed Hashem Moosavi in this ceremony: organizing Majlis of commemoration, lamenting and weeping for the sufferings that Imam Hussain (a.s) experienced, and any endeavour to set up a memorial gathering, donations and votive offerings will lead to divine mercy and forgiveness both in this world and hereafter.
The Islamic Centre of England’s director, in the presence of preachers, Maddahs and people who assisted in holding the Majalis, said: your struggles in a western country in England and like, that Shi’as are in the minority, and in the presence of non-Muslims, who are acquainted with the event of Ashura for the first time, are more admirable than mourning in Islamic countries.
At the end of this programme, Maddahs recited Latmiyya for the martyrs of Karbala, and after that, some people who served in Majalis received a certificate of appreciation.