The 48th session of this webinar, which was held on Monday, September 29th, 2021, dedicated its topic to the following subject:

“Role of Religion in Modern Civilisation”

Sayyed Razavi entered the famous theological centre of Qum in 1974 and continued his studies in a range of disciplines including Arabic Literature, Fiqh, Usul, Logic, Political Science, and Islamic Philosophy.

He continued with his advanced studies in Islamic theology at the theological seminaries in Qum until 1984.

He started his theological studies under the supervision of his father and continued under many prominent scholars such as Ayatullahs Noori Hamadani, Nasser Makarim Shirazi, Ja’far Subhani, Mousavi Tabrizi.

Since his arrival in UK, Sayyed Razavi has worked with or assisted many organizations such as the S.I. Education Society; the Islamic Centre of England; Mahfil Ali; the Islamic Universal Association; Hayderi Imam Bargah; the al-Khoei Centers in London and Swansea (Wales); and AIEC of Fatimah Zahra in Huntsville, Alabama in the United States.

He has delivered speeches and lectures in Persian, English, and Urdu and sometimes in Arabic in numerous educational and religious establishments and organizations in the UK, Europe, Canada, USA, the Caribbean Islands and Australia, New Zealand, Japan and Guyana in South America and played an active role in Interfaith matters.

4-         Interfaith work for churches, synagogues, educational establishments both on governmental and non-governmental Levels.

At the second part of the meeting in the Q&A section, the meeting’s moderator, Mr Saeed Sotoudeh ask the questions raised by the participants in the meeting and the speaker answered them. 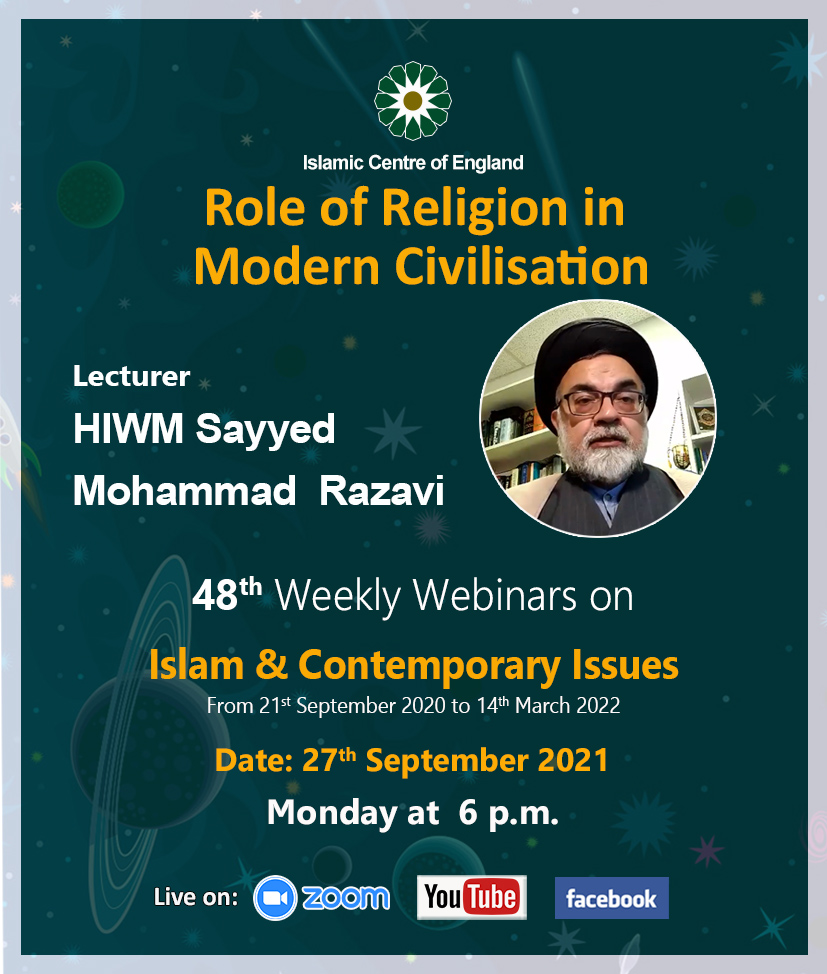