HomeAcademicAcademic NewsProduction of sixty 4-minute Multimedia educational explanation of the words of Imam... 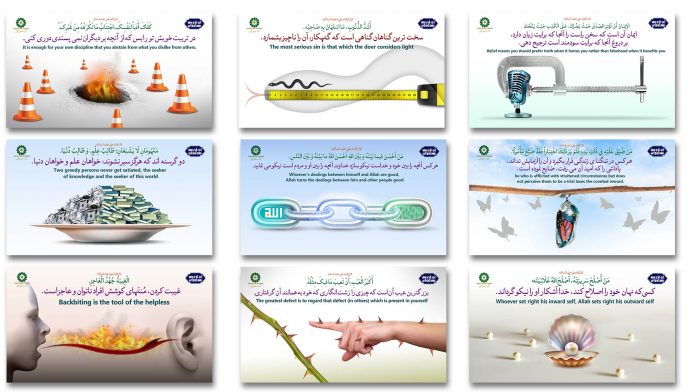 The Islamic Centre of England and the office of the Islamic Republic of Iran Broadcasting in London have produced a collection of 4-minute Multimedia containing the educational explanation of the words of Amir al-Mu’minin Imam Ali (as) in Nahj al-Balaghah entitled “Word of Wisdom”.

In the second part of each of these Multimedia, a 3-minute educational explanation of that hadith is provided. These 3-minute explanations are presented by HIWM Dr. Rafiei in Persian and by HIWM Syed Ali Raza Rizvi in English.

So, the Islamic Centre of England and the Broadcasting Office of the Islamic Republic of Iran in London have taken extensive measures to produce 4-minute Multimedia based on verses of the Holy Qur’an and the Ahadith of the Imams (as).

These Multimedia will be available on social networks as well as on various TV channels and satellite networks.

In the continuation of this series “Word of Wisdom” productions, a series of Multimedia from the words of Imam Sajjad (as) in Sahifa Sajjadieh will be produced and presented.