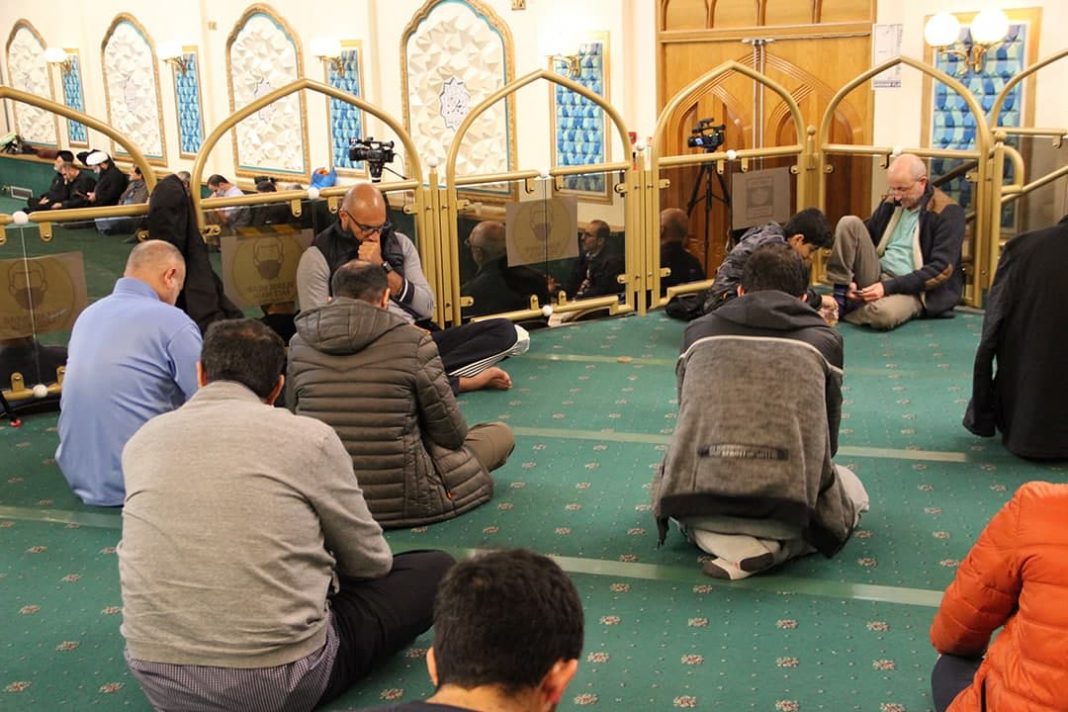 On the occasion of the anniversary of the martyrdom of Imam Hasan Askari (AS), a commemoration ceremony was held in the presence of the devotees of the Prophet’s household (PBUT) in the Islamic Centre of England. In this ceremony which was held on the 14th of  October 2021, the programme was carried out in three languages, the speakers spoke about the virtues of the 11th shining star of the sky of Imamate, Imam Hasan Askari (AS).

In the Arabic part of the ceremony, Sheikh Mohammad Al-Rafi’i said in his speech: Imam Askari (AS) corrected the intellectual deviations of his time and clarified the path of Imamate for the next Imam so that the Islamic Ummah (nation) would know him and follow him accordingly.

In the English part of the ceremony, Sheikh Afzal Mir Ali mentioned in his speech about the work of Imam Hassan Askari (AS): With the enlightenment of this Imam, the Imamate of Imam Mahdi (AS) became clear to the Shiites.

Finally, in the Persian section of the ceremony, HIWM Dr Saeed Sobhani referred to the activities of the 11th  Imam in three areas and added that introducing Imam of the time to Shiites, establishing agents to communicate with Shia Muslims and helping the needy people even from his opponents, were the three main activities of Imam Hasan Askari in his lifetime and definitely, it was the difficult conditions of his Imamate. Moreover, HIWM Dr Sobhani pointed out the advice of Imam Hasan Askari (AS) and added that good manners and honesty in the speech were among the emphases of the 11th Imam.

At the end of this programme, the eulogists of the Prophet’s household (PBUT) mourned for the martyrdom of Imam Hasan Askari (as).