HomeAcademicHolding Celebrations of the birth of Holy Prophet Mohammad (PBUH) and Imam...

Holding Celebrations of the birth of Holy Prophet Mohammad (PBUH) and Imam Ja’far Sadegh (AS), for Quranic teachers and students of Tebyan School 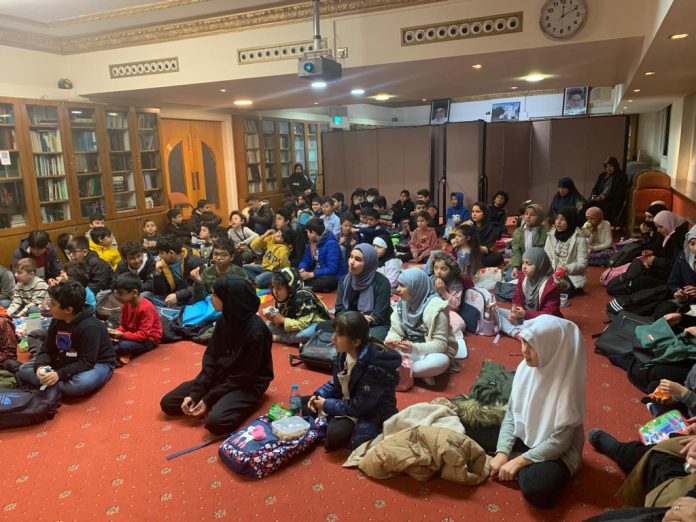 Holding Celebrations of the birth of Holy Prophet Mohammad (PBUH) and Imam Ja’far Sadegh (AS), for Quranic teachers and students of Tebyan School affiliated of the Islamic Centre of England

Tebyan School of the Islamic Centre of England, with the cooperation and appreciative efforts of the Quranic teachers and students of this school, on the occasion of the birth of Prophet Mohammad (PBUH) and Imam Jafar Sadegh (AS), held special celebrations on Saturday and Sunday, 23rd and 24th October 2021.

In this spiritual ceremony, which was attended by Quranic teachers and students, groups of Qur’an learners performed various and instructive programs.

According to the same report, the beginning of the program of these celebrations was the recitation of verses from the Holy Qur’an by one of the Quranic students of Tebyan School. After that, a nasheed and a short video of the life of the Prophet Muhammad (sa) were shown, and then an article and a brief description of the morals and behavior of the Holy Prophet, prepared by one of the Qur’anic students, were recited.

In the continuation of this ceremony, special birth nasheeds in English and Arabic describing the Holy Prophet (sa) were performed by the students of Tebyan school, which were welcomed and encouraged by the participants in this ceremony.

Other parts of the program of these celebrations were competitions among Quranic learners and the awarding of special prizes to them, and in the first classes of Tebyan school, painting and colouring activities were performed among teenage learners.

The final program of this spiritual ceremony was the noon and evening congregational prayers of the students of Tebyan School.