HomeNewsSpecial NewsPublication of the book "Hussain and the Struggle for Justice " in... 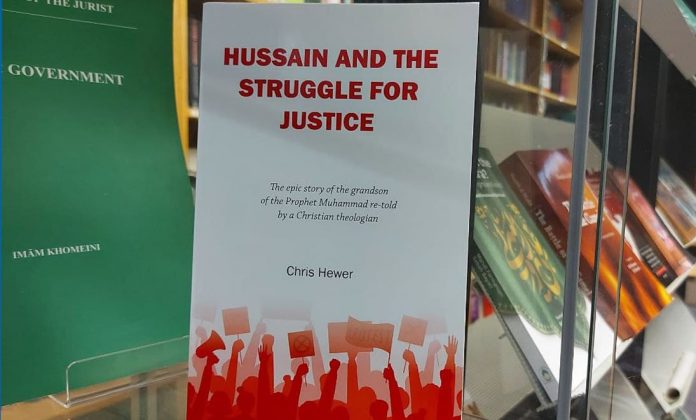 The book “Hussein and the Struggle for Justice” has been published in Britain.

Contemporary Thought Publications has published this book in the first issue, 2000 copies which is written by Dr Chris Hewer, a Christian writer and researcher on the life of Imam Hussain (A.S). Dr Chris Hewer, author of Christian Theology, Education, Islamic Studies and Interfaith Studies, says that, the book seeks to be used as a resource for teachers of religious studies in the UK. Thus, several webinars have been planned to introduce the book in English to teachers of religious studies in British schools.
In the preface of this book, written by HIWM Seyed Hashem Moosavi, the director of the Islamic Centre of England, states: The annual commemoration of the struggles and sacrifices of Imam Hussain (A.S) motivates many Muslims to know their religion better and to live in accordance with the honourable principles of Islam. Therefore, it is important to try to understand what Imam Hussein (A.S) did during his life to preserve the religion that his grandfather, the Prophet of Islam, had created.
In the preface of the book “Hussain and the Struggle for Justice “, he also explained the resistance of Imam Hussain (A.S) against the oppressive ruler of his time as a turning point in the life of Imam Hussain (A.S) and mentioned: Despite the many efforts of Muslim and non-Muslim scholars to discover the life and martyrdom of Imam Hussain (A.S), there are no necessary scientific resources in English as a model of humanity from the life of Imam Hussain (A.S) and therefore the Islamic Centre of England collaborated in writing this book “Hussain and the Struggle for Justice ” with Dr Chris Hewer, author and expert on Christian and religious studies.
The author of this book also wrote in the introduction: What do many people who are ready to risk their lives to attend the memorial service in honor of Hussein, the grandson of Muhammad, the Prophet of Islam, say?
Dr Hewer also added: “This event is considered as a victory for justice and truth, which followed the actions of corrupt and tyrannical people who had taken over the leadership of the Muslim community”.
Writing this book by a non-Muslim thinker about Imam Hussain (A.S) is one of its features that, along with other Muslim writings about Imam Hussain (A.S), provides a more understandable understanding of the life of Imam Hussain (A.S) to Western audiences.
Hussain and the Struggle for Justice is now widely sold through the Amazon Virtual Market worldwide, and on the websites of the Aim Institute and the Islamic Centre of England. So far, a large number of this book has been sent to applicants in Australia, Canada, the United States and the United Kingdom. 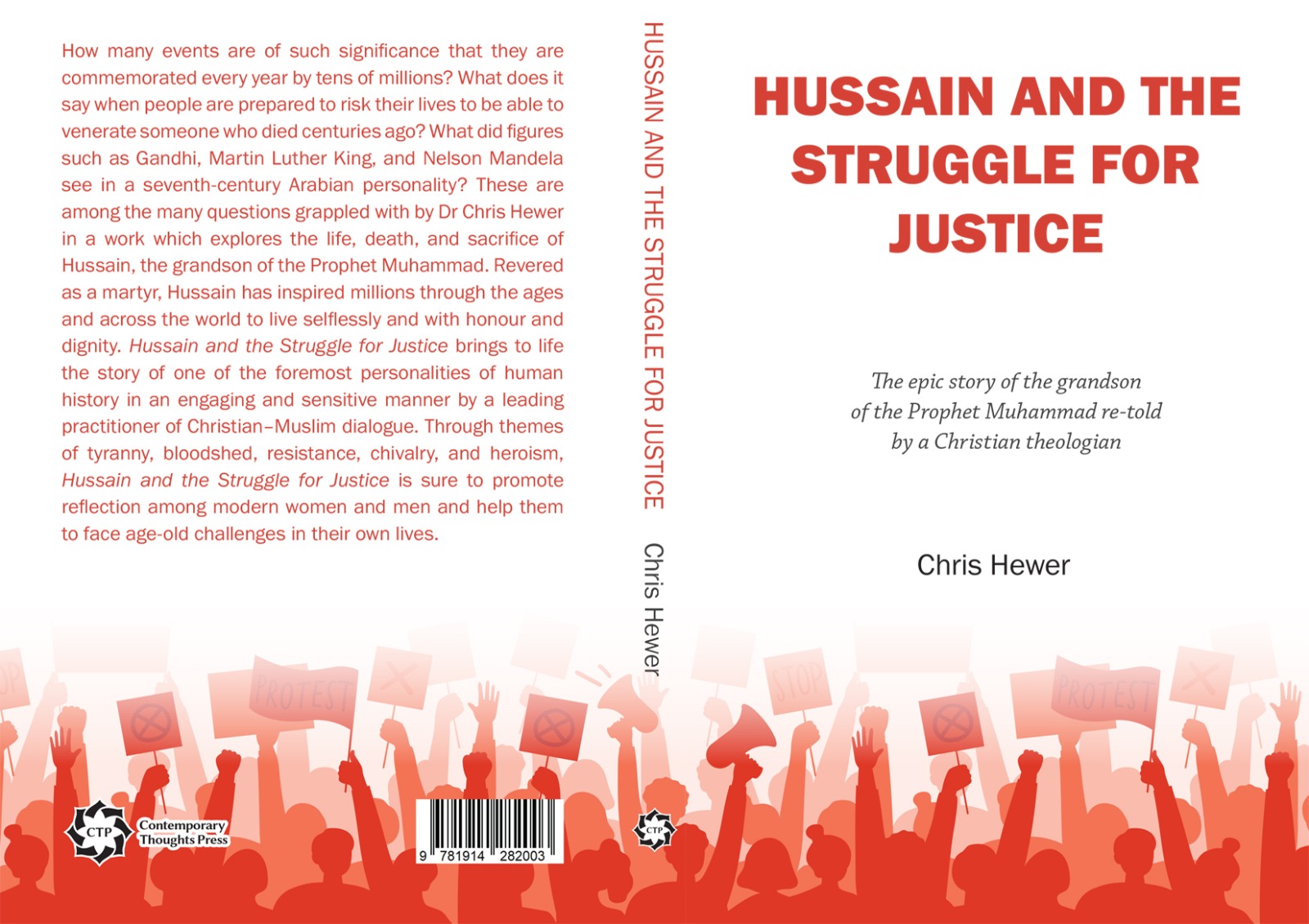