HomeNewsSpecial NewsLady Fatemeh Zahra (PBUH) is a role model of human behaviour throughout... 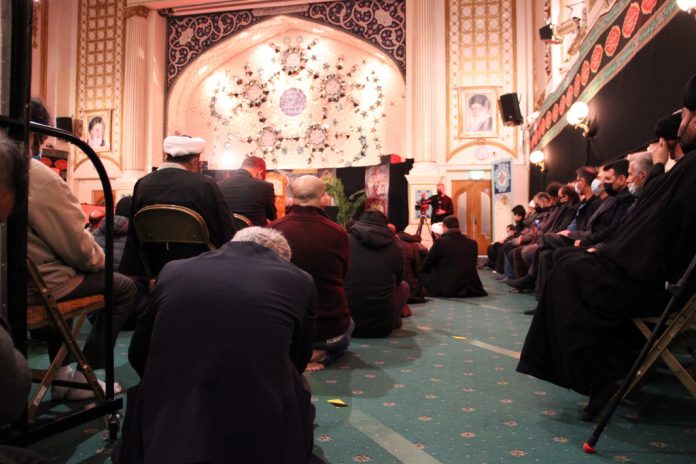 The director of the Islamic Centre of England at the mourning ceremony of the second Fatemmiyeh in London called lady Fatemeh (PBUH) as a role model for Muslims and added that: The Holy Quran and traditions of the Infallibles (PBUH) are full of abundant and practical sources of samples of human behaviour.

On the occasion of the martyrdom of Lady Zahra (PBUH) the director of the Islamic Centre of England delivered the speech on Thursday night, January 6, 2022 and mentioned that: according to the results of research, one of the most effective ways to stabilize or change human behaviour in various dimensions, both individual and social, is to use appropriate models.

Moreover, HIWM Moosavi referred to examples of the behavioural patterns of Lady Zahra (A.S) based on numerous documents from the great Prophet of Islam (PBUH) as well as infallible Imams (A.S) and stated: Accompanying the Imam and the religious leader (her father) in the fight against ignorance, superstitions, and false beliefs, setting the real faith and morality as the criterion of her marriage, having a poor life when Her father was a leader, holding scientific meetings in her house, not being attached on material things and preferring others to herself as well as taking care of her children in busy political and social affairs, were among the behavioural patterns of that Lady which have historically been the standard of action for Muslims in life throughout history.

During the Fatemmiyeh nights, four cultural programmes in three languages, Arabic, Persian and English, were held for three nights at the Islamic Centre of England.

On the first night, January the 5th of 2022, a ceremony was held in Arabic in which HIWM Al-Tariki spoke about the dimensions of the personality of Lady Zahra (PBUH) along with the messages of Fadak sermon.
Furthermore, in this ceremony which was held in English on January 6th and 7th, HIWM Seyed Ghanbar Hussein explained the messages of Fadak sermon and described Lady Fatemeh (A.S) as the greatest lady of the two worlds [ i.e. Hereafter ] and a model of human behaviour in any situation of individual and social life.

Additionally, the praisers of Prophet’s household (PBUT) praised in different languages in every ceremony. Bani Hashem Foundation and Lebanon Youth Foundation also participated in the mourning ceremony of the second Fatemmiyeh in the Islamic Centre of England.