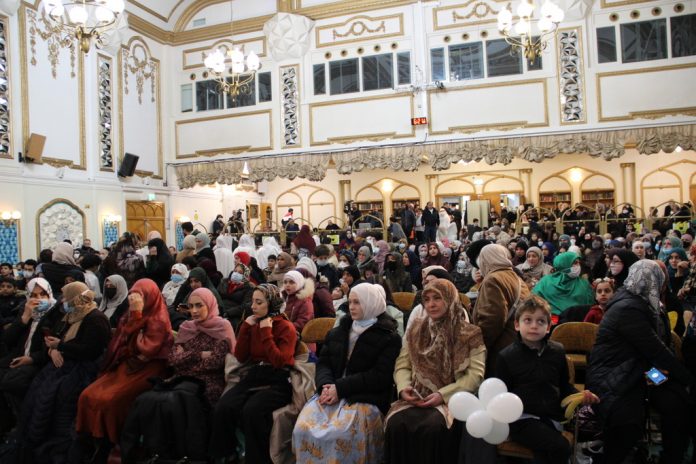 Gabriella, the English Catholic girl who a year ago had embraced Islam, during the celebration ceremony of Lady Fatimah al-Zahra (a) last Sunday, publicly announced that: “proud to to be named after Fatemah as my Islamic name.” 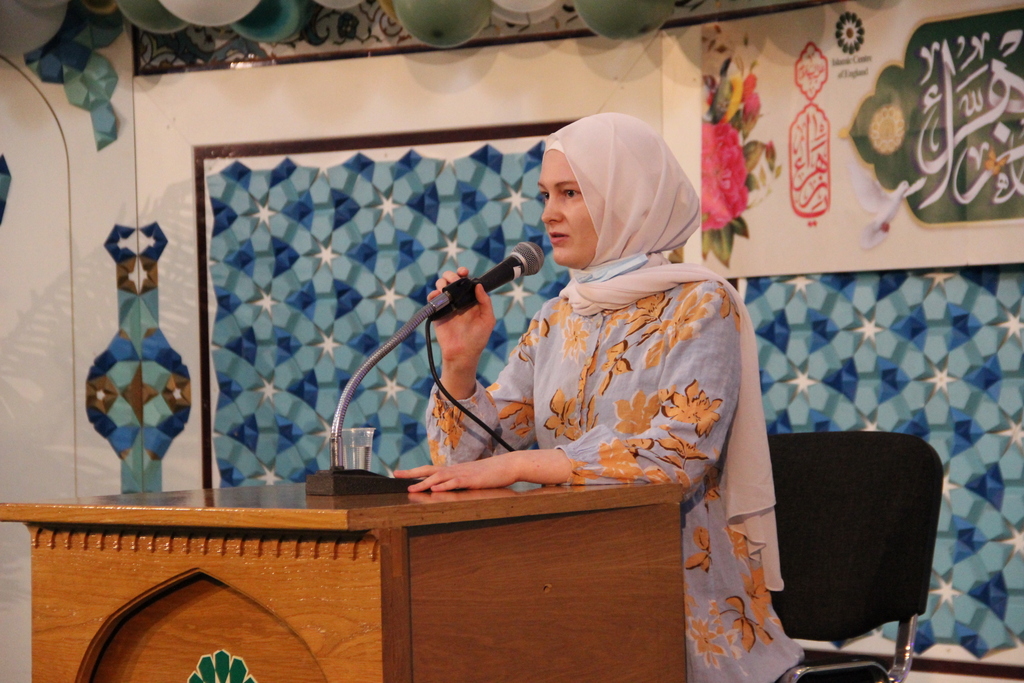 In this glorious ceremony, which was held on Sunday evening, January 23rd, 2022, coinciding with the 3rd of Bahman 1400, on the birth anniversary of Siddiqa al-Kubra with the presence of Muslim communities in the Islamic Centre of England, Gabriella as a new Muslim delivered a speech and at the end of her talk, when she announced that she would choose Fatimah as her Islamic name, the crowd cheered and greeted her by the recitation of Salawat loudly. 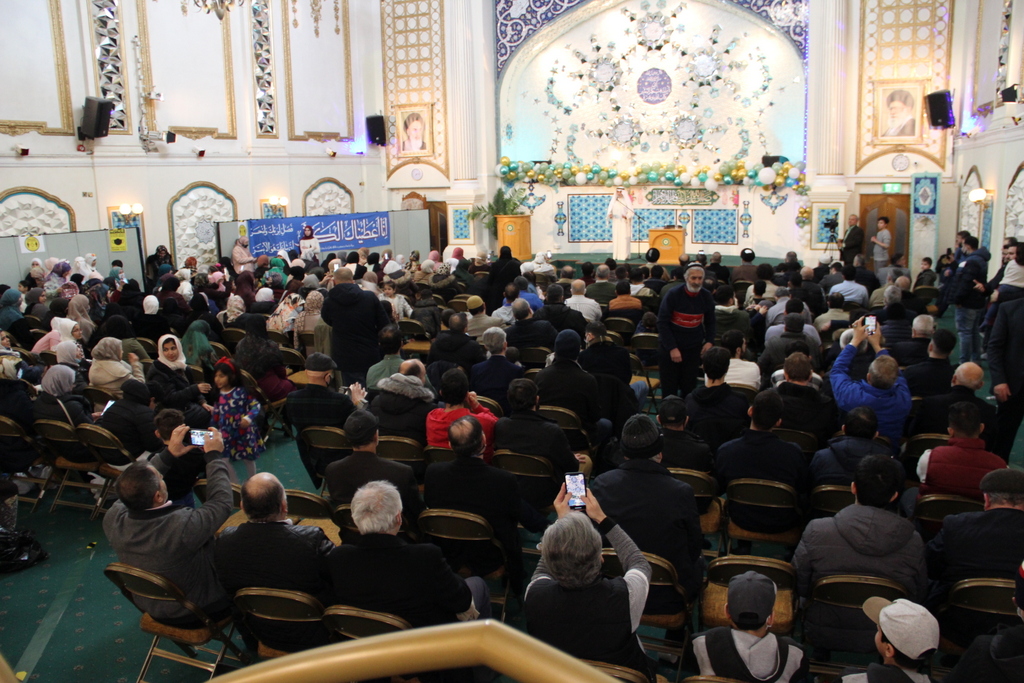 This year The birth anniversary celebration of the Holy Prophet of Islam’s daughter (PBUH) in the Islamic Centre of England was not comparable with the last two decades, as hundreds of Muslims living in the UK from different nationalities of Iran, Lebanon, Iraq, Africa, Afghanistan, Bahrain, Syria, and Saudi Arabia participated unspeakably in the celebration of honouring the Lady of the Two Worlds, Hazrat Zahra (PBUH). 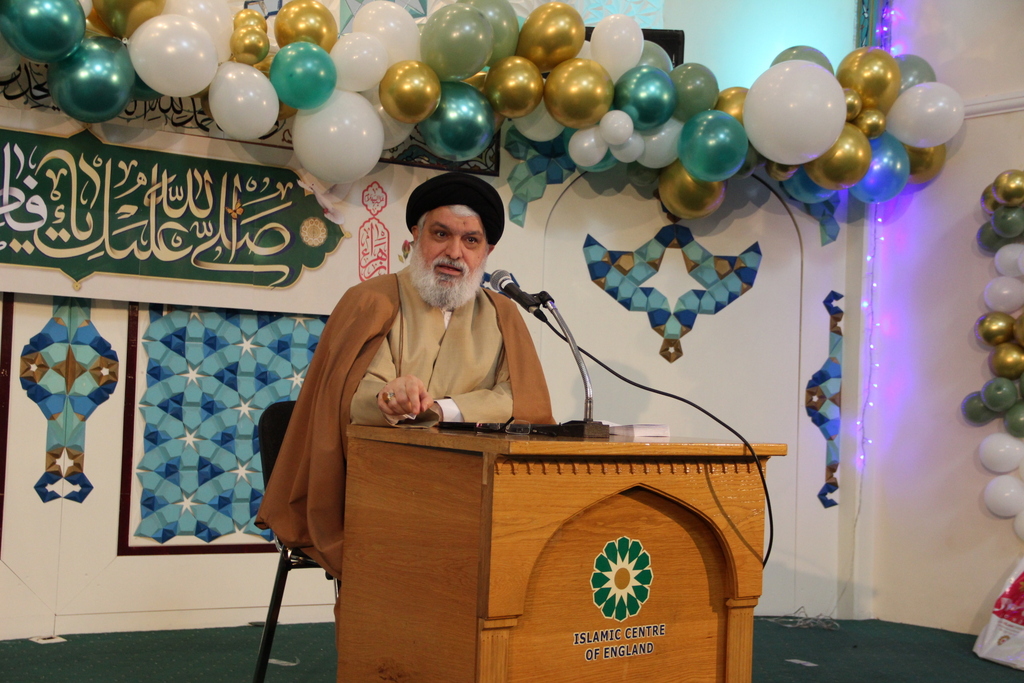 HIWM Seyed Hashem Moosavi, the Islamic Centre of England’s director in this ceremony, in English and Persian, referred to God’s advice for kindness and mercy to parents. He stated that: God Almighty, very soon after the creation of human beings and the continuation of the human race, through His prophets spoke of the status and rights of parents.
The Islamic Centre of England’s director expressed the importance of naming the birthday of Hazrat Zahra (PBUH) as Mother’s Day, added: Be kind to parents even if they are non-Muslims, pray for them, thank them, be polite, kind and avoid complaining to parents is one of the divine pieces of advice and commands.

HIWM Moosavi stated: According to Imam al-Sadiq (AS), the right of parents is rooted in the right of God because no worship leads to the pleasure of God faster than doing good deeds to parents. 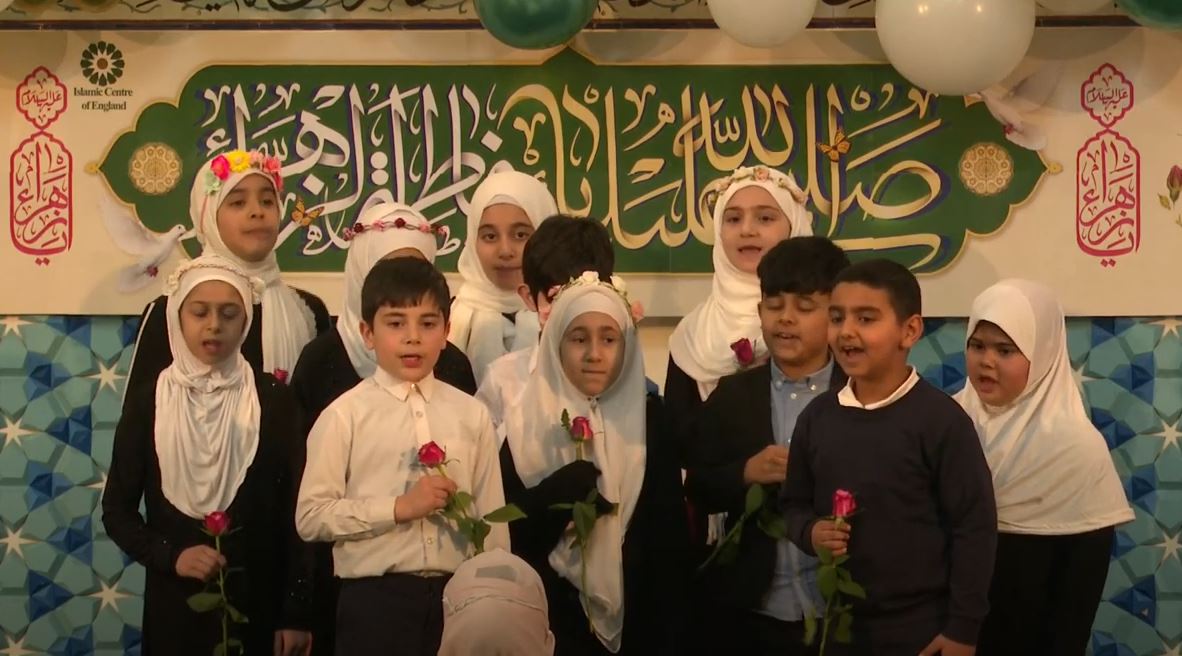 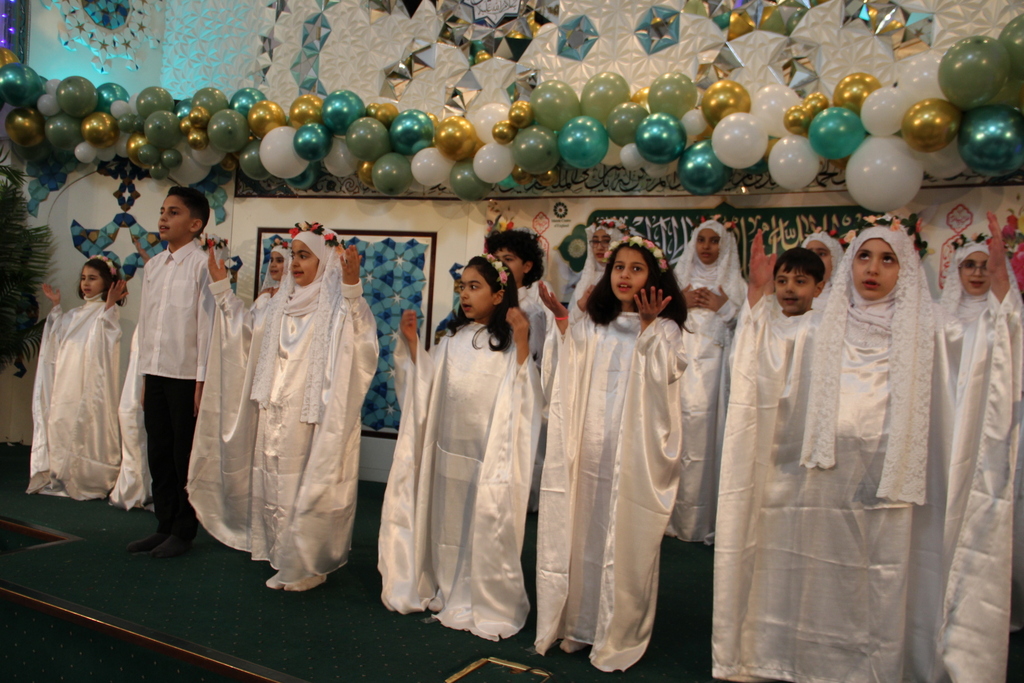 In this celebration, choirs from the School of the Islamic Republic of Iran and Imam

Hossein (AS) Mosque in London performed in English and Arabic. 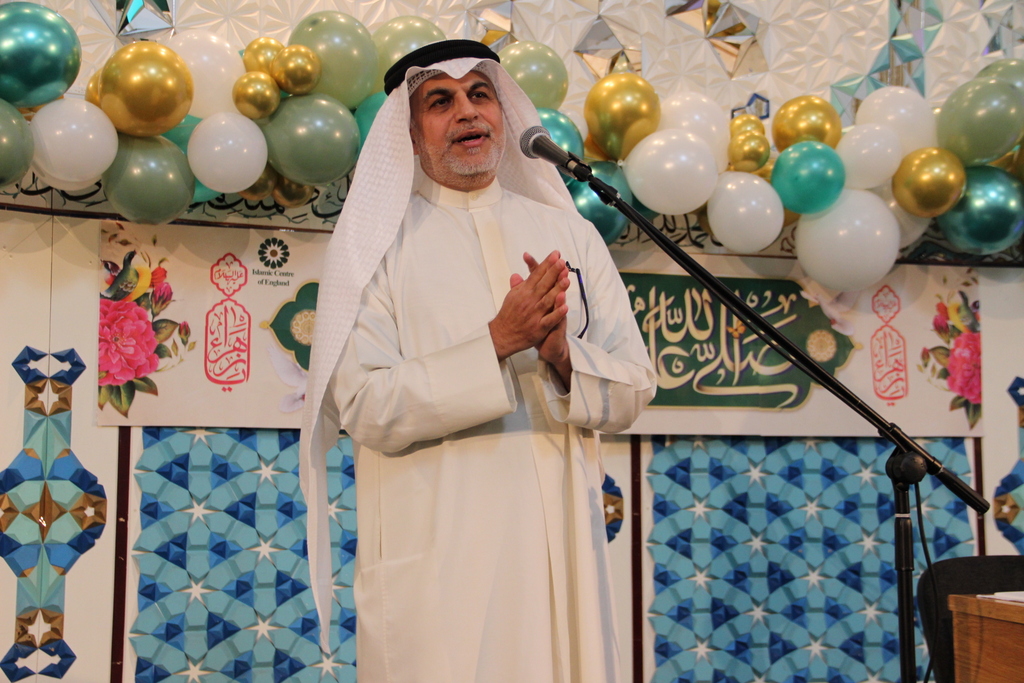 were among the other programs of this ceremony. Hajj Nizar al-Qatari, the famous Arabic-speaking panegyrist, was also praised in Persian, Urdu, and Arabic. The followers of the Ahl al-Bayt (as) celebrated the birth of Hazrat Fatima (PBUH). The Bani Hashem foundation, The Lebanese Youth LYF, and the Imam Hossein Mosque of London members participated in the event.