HomeNewsOther CentresCelebrating the birth anniversary of Sayyida Fatimah (s.a) in the Islamic Centre...

Celebrating the birth anniversary of Sayyida Fatimah (s.a) in the Islamic Centre of Glasgow 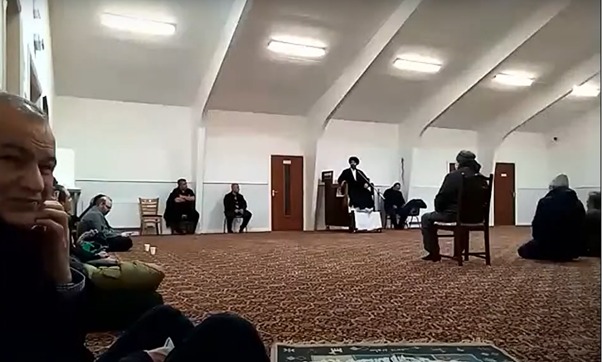 A celebration was held on the occasion of the blessed birth anniversary of  Sayyida Fatimah (s.a)  in the presence of Ahl al-Bayt (a.s), lovers of different nationalities in the Islamic Centre of Glasgow.

In this ceremony, which was held on January 22, 2022, on the 2nd of Bahman, 1400 AH, HIWM Seyed Amin Shamaei explained the virtues of Sayyida Fatimah (s.a). He said: According to a hadith from the great Prophet of Islam (PBUH), “I and Ali (a.s) are the fathers of this ummah.” If we accept that the Commander of the Faithful Imam Ali (a.s) was the father of the Islamic Ummah after the departure of the Holy Prophet of Islam (PBUH), his esteemed wife was in the position of motherhood for the Islamic Ummah. 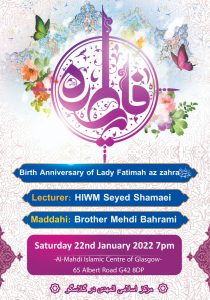 In this ceremony, Mr Mehdi Bahrami, the praiser of the Ahl al-Bayt, recited some poetry, and a written competition among ladies was held. Some gifts were given to the winners of this competition.

A celebration ceremony on the auspicious birth anniversary of Imam Ali (a.s) was held in the Islamic Centre of Glasgow