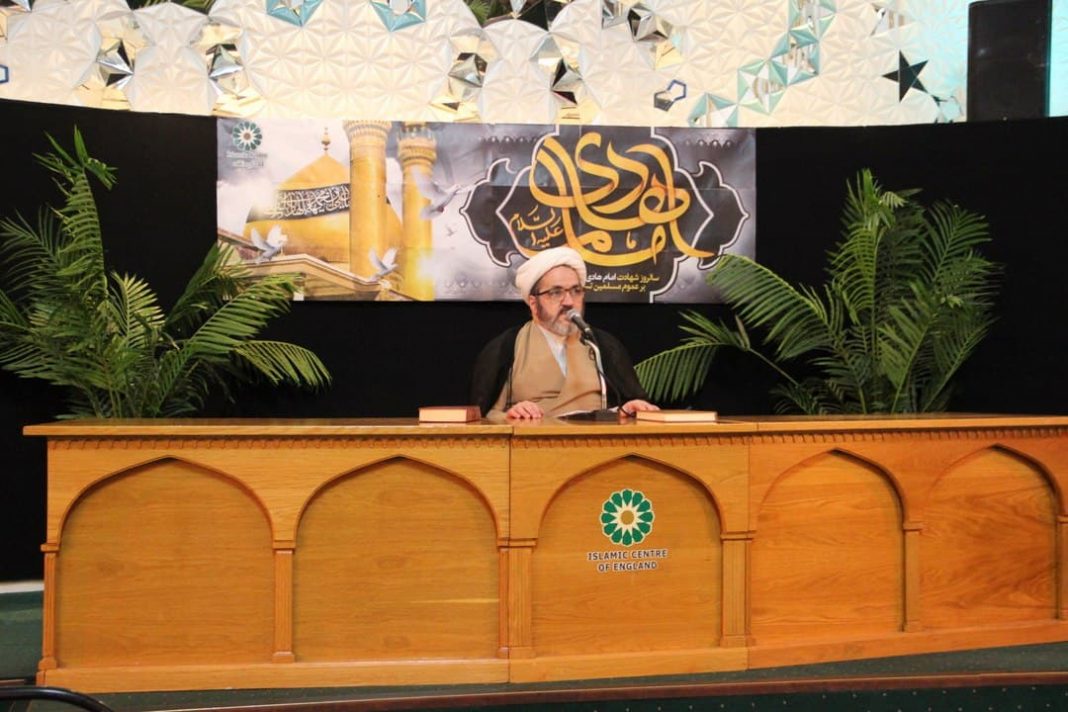 On the martyrdom anniversary of the Imam Ali b. Muhammad al-Hadi (a.s), a mourning ceremony, was held in the presence of the Ahl al-Bayt (A.s) lovers in the Islamic Centre of England.

This ceremony was held on Friday night, February 4, 2022, on the 15th of Bahman, 1400, with the presence of Iranian compatriots and Persian-speaking Shiites living in London. Dr Sobhani said: It was challenging and expensive on the enemies of Ahl al-Bayt, especially the Abbasid rulers, and for this reason, from the very first days, they tried to separate the Imam from the ummah.

Dr Sobhani added: Imam Hadi (a.s), from the day he was forced to stay in Samarra, was under the strict surveillance and control of the mercenaries of the Abbasid government for eighteen years, and despite this strict control, he never stopped leading the Islamic Ummah, especially the followers and Shiites. He did not win and played his leading role more intensely.

In this ceremony, the praisers of Ahl al-Bayt (a.s) mourned the martyrdom of Imam Ali b. Muhammad al-Hadi (a.s).

Commemoration Ceremony on the Martyrdom anniversary of Imam Ali b. Muhammad al-Hadi (a.s) in the Islamic Centre of England
1 of 7