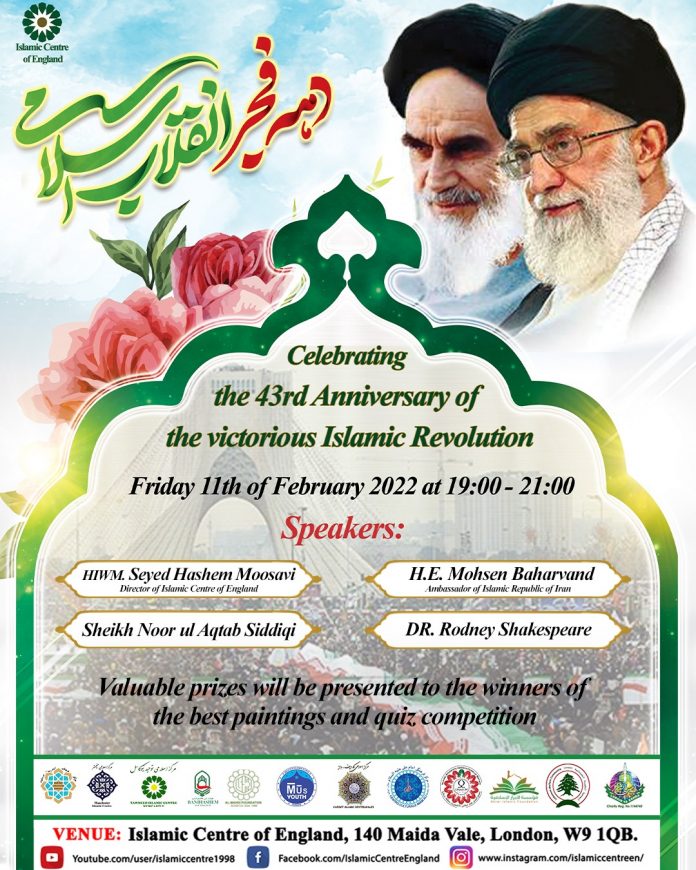 This quiz which includes 12 questions regarding general questions is taken from the book of (Spiritual Discourses) by Martyr Morteza Motahhari and is available on the website of the Islamic Centre of England at https://ic-el.uk/fajr-quiz. Those who are interested in this can participate in the quiz until 18:00 on February 11, 2022.

Three winners of this competition will be awarded an exquisite prize. The winners of the mentioned quiz will be announced by 18:30, when they can receive their prizes at the celebration of the 43rd anniversary of the victory of the Islamic Revolution from 19:00 to 21:00 on February 11 at the Islamic Centre of England.

Simultaneously with the scientific quiz of the People’s Revolution, a painting competition will be held in London in the 43rd Fajr decade with the aim of student participation. Students from Tebyan and the Islamic Republic of Iran schools in London have participated in this art competition. Among the winners of this painting competition, which is an illustration of the Iranian People’s Revolution in 1979, five people will be awarded prizes.